Joe Walsh Shares How Him And John Belushi Trashed A Penthouse 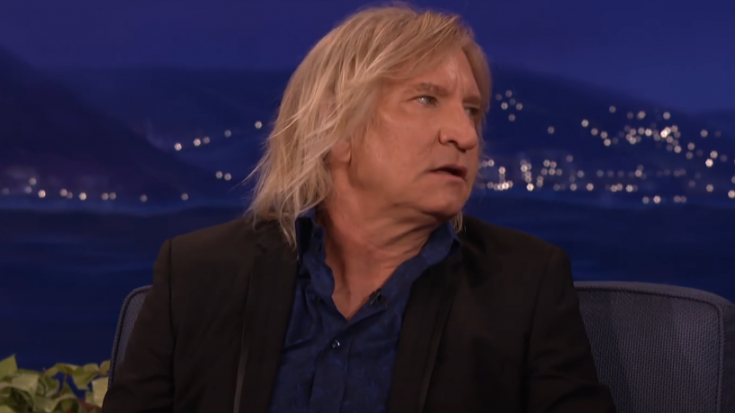 When Joe Walsh rocks hard, he plays harder afterward. It’s not a secret to hide if we talk about Walsh’s epic and unfathomable experiences as a young rocker. The Eagles’ guitarist had lived a controversial lifestyle before, and thankfully, the hard-partying lifestyle is no longer his cup of tea. But that doesn’t mean he’ll stop telling the contentious stories, though.

In an interview with Conan O’Brien, the host opens up about Walsh’s reputation back then as a well-known hotel room thrasher. Conan wondered why these hotels would still let him in for a stay, to which Walsh joked: “Well, maybe a ten-thousand-dollar security deposit” would suggest doing all the convincing.

When asked what’s the most damage the musician ever did on a hotel room, Walsh replied a whopping amount of $23,000 and a disclaimer story of how he racked up the bill with his good friend, John Belushi.

“He [Belushi] came over to my hotel room and we stayed up for a couple of weeks that night,” Walsh said as the audience laughed. “We had access to the penthouse suite and didn’t know that it was the owner of the hotel’s private apartment. There was really nice artwork, but we didn’t like the wallpaper…so we took the paintings down and tore all the wallpaper off and put the paintings back on.” Walsh added that he could at most see where the plaster guy wrote 5 ¾ inches right on the drywall.

You can listen and watch the hilarious interview below.