Whatever You Do, (Don’t) Listen To Pitbull’s Cover Of Toto’s “Africa” 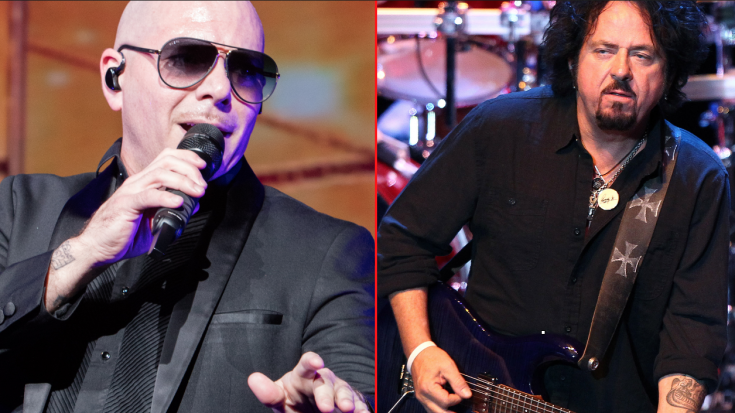 Worst Version Of All Time?

It’s hard to believe,Toto’s enduring 1982 classic “Africa” is now the stuff of nightmares. Honestly – one of the 5,916 YouTube comments calls this version “not something that should exist” and after forcing ourselves to suffer through all 2 minutes and 25 seconds of it, we have to agree.

Titled “Ocean To Ocean,” this nod to “Africa” comes from Miami rapper (and self-professed ‘Mr. Worldwide’) Pitbull, who teamed up with singer Rhea for the lead single from DC’s new superhero film, Aquaman. It opens up with Pitbull shouting “They tried to get rid of me, but ocean to ocean, they’re gonna have to deal with me,” which in and of itself should be a pretty good hint as to what you’re getting yourself into here.

Y’all, this cover is…not good. But what it lacks in well, everything, “Ocean To Ocean” makes up for in the form of its YouTube comment section, cracking us at I Love Classic Rock right on up today as we read them aloud to each other.

Check out a few of the gems below: 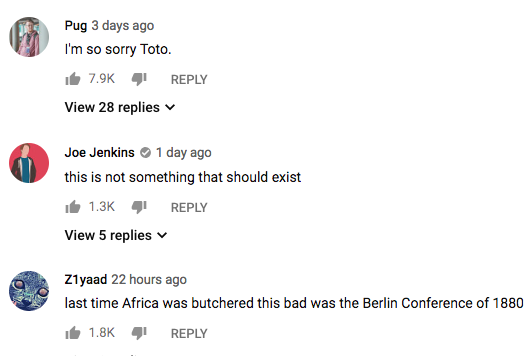 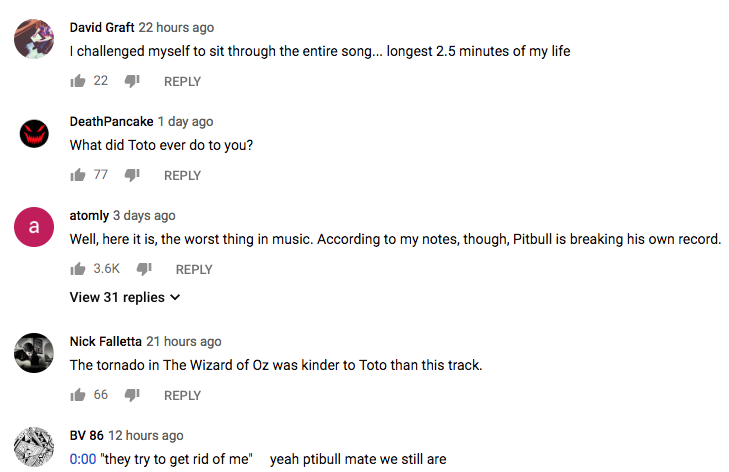 Dislikes aside, Pitbull’s version of “Africa” seems to be doing well; at the time of this writing, it’s amassed over a million views, which isn’t bad. Whether that’s people getting a kick out of sharing this with the people they love as a form of modern day trolling or finding themselves unable to resist the pull of something so bizarre, we’ll never know. One thing is clear, though.

We’re not in Africa anymore, Toto.