Listen To Steve Perry’s “Have Yourself A Merry Little Christmas” 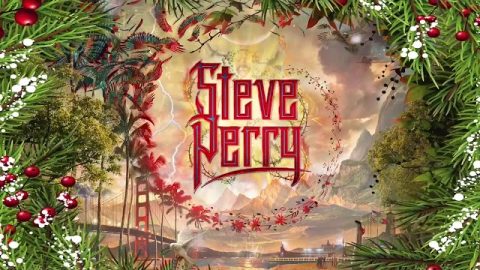 He Sounds As Great As Ever!

The second half of 2018 quickly became a lot more awesome than the first half when the legendary Steve Perry made his official comeback releasing a slew of new songs off of his new solo album ‘Traces’. We had waited years for him to release new music in some way shape or form. We’ve speculated and incorrectly predicted his return all to no avail, but nevertheless, our patience or lack-thereof was rewarded with a brand new album from the man himself.

If you’ve gotten the chance to listen Steve’s new material, you’ll know that he sounds as great as ever and that the music he’s written truly sounds like it’s written from the heart. All the songs off of his album are guaranteed to tug at your heart strings.

However, just recently, Steve has released a cover of the timeless Christmas song “Have Yourself A Merry Little Christmas” and if this cover doesn’t do just that, then I don’t know what will…

As you’ll hear in this amazing cover, Steve truly pours his heart and soul into this song. His voice sounds refined and rich with passion and it’s all heard in the song.

If you’re like me, you’ll be playing this song all throughout the holiday season, and even after it’s already over. Have a listen below and let us know what you think!