One of the Best Fleetwood Mac “Rhiannon” Versions You’ll Hear 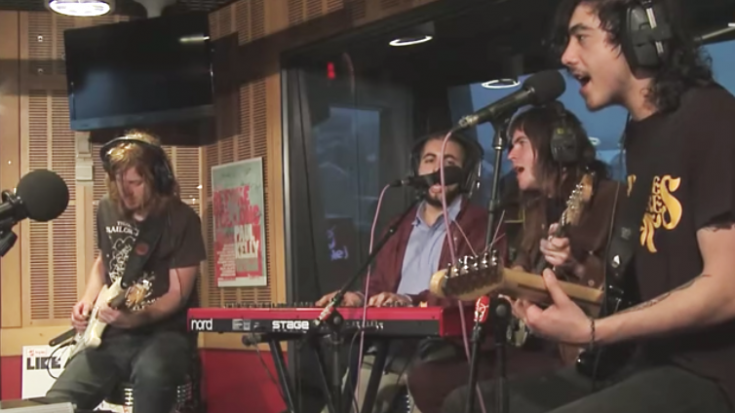 The Australian band, Sticky Fingers, is a soulful mix of musicians. The band has an authentic reggae feel to them without disregarding their indie-rock roots. Their most recent album, Glitter & the Slums (2016), debuted at #1 on the Australian Billboard charts. The quintet regards The Clash, Pink Floyd, and the Arctic Monkeys as their inspirations.

Sticky Fingers is a solid band, with solid sound, and solid feeling. They’ve obviously picked up quite a bit of attention. Australian radio show, Triple J, hosted Sticky Fingers for their Like A Version segment. The band performed one original track, “Caress Your Soul,” and one cover, Fleetwood Mac’s “Rhiannon.”

Front man, Dylan Frost, has deep rounded vocals. His highs are an airy mix of soul and depth. The vocals give Sticky Fingers part of their signature sounds. The band is inspired by reggae and ska, so bass and drums are very important to their vibe. Bassist Paddy Cornwall keeps poignant rhythm with drummer Beaker Best. Lead guitarist, Seamus Coyle provides much needed melodic breaks. The definitive rock steady sound is also supported by keyboardist Freddy Crabs.

When Sticky Fingers covered Fleetwood Mac’s “Rhiannon” for Like A Version, everything fell in place. It was as if Rhiannon got a sultry island quality- and it worked.