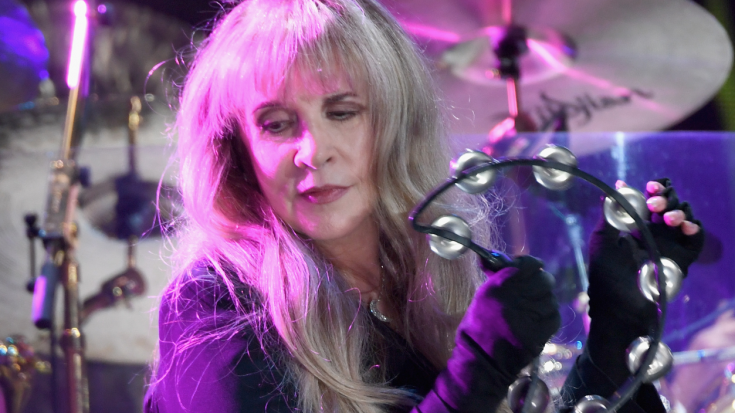 This Christmas, Stevie Nicks is pretty much impossible to shop for. I mean, she’s got everything; grand pianos, a gorgeous home, a wardrobe to die for and, most recently, her second induction into the Rock and Roll Hall of Fame.

So what do you get the woman who quite literally has everything?

Well, she doesn’t quite have everything. There’s one thing Stevie Nicks would love to see under her tree, and it’s not something money can buy: it’s the hope that her historic induction into the Rock and Roll Hall of Fame as the first female two-time inductee opens the floodgates for more female musicians to follow in her footsteps as two-time inductees.

“My biggest hope is that I have opened the door due to the fact that there’s 22 men who have gone in twice and zero women,” Stevie told Rolling Stone in her first interview since news of her induction broke last week. “I think that’s really a little off balance. That’s what I’m hoping, that what’s happened here to me will give all the little rock and roll stars that are just waiting out there a little hope that they can also do what I do.”

And if Stevie has anything to do with it, she’ll make her own wish come true.

She spoke of pushing “all the other incredibly talented women that I know and that I respect and that I listen to and that I’m friends with” in bands and duos to get busy working on solo albums so that they’ll be eligible for induction into the Rock and Roll Hall of Fame in 25 years, starting with the ladies of Haim.

Stevie recalls telling them “Okay, now I’ve opened the door for you. Now each one of you need to go do a solo album really fast and get your solo [career]s going, so in the next 20 years you’ll be able to do this too … maybe I’ve opened the doors to all the girls in my life that sing and write and play and are amazing.”

Nicks was inducted with Fleetwood Mac in 1998, but to see her finally inducted for her solo work is something else entirely – something she says won’t make her cry until the ceremony is only weeks away.

Something tells us that Stevie will get her wish and see more and more female two-time inductees in coming years – Santa Claus, make it happen!