The Story Of The Supposed To Be Beatles Island 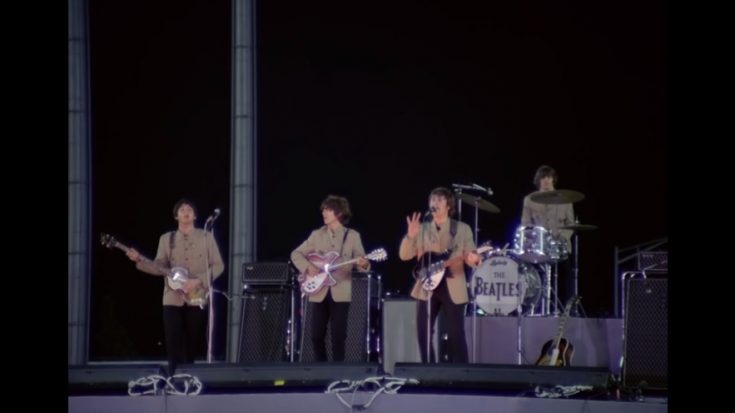 Everybody has had a fantasy of owning vast lands and sprawling mansions in at least one point of their lives. For The Beatles, who amassed wealth due to their massive musical influence, had the ability to materialize this dream on a whim. In fact, in 1967, the band was set on purchasing a group of islands off the coasts of Greece, primarily due to John Lennon’s persistent bugging of the others to make an investment. They planned to make it their mini-utopia, where they were supposed to live along with their families, while work together as well.

Fab Four’s very own journalist, Derek Taylor, captured Lennon’s words on The Beatles Anthology, a collection of interviews and excerpts of the members. “We were all going to live together now, in a huge estate. The four Beatles and Brian would have their network at the centre of the compound: a dome of glass and iron tracery (not unlike the old Crystal Palace) above the mutual creative/play area, from which arbours and avenues would lead off like spokes from a wheel to the four vast and incredibly beautiful separate living units.”

They were to occupy a total of five islands, with a main island for work purposes, while the other four were to be each individual Beatles’ safe space. The band, with the exception of Ringo, who left for England earlier that day, were toured around the islands, to the southern part of Athens aboard a yacht. One amusing account by Harrison tells of how the day went for the group.

“We rented a boat and sailed it up and down the coast from Athens, looking at islands. Somebody had said we should invest some money, so we thought: ‘Well, let’s buy an island. We’ll just go there and drop out.’

It was a great trip. John and I were on acid all the time, sitting on the front of the ship playing ukuleles. Greece was on the left; a big island on the right. The sun was shining and we sang ‘Hare Krishna’ for hours and hours. Eventually we landed on a little beach with a village, but as soon as we stepped off the boat it started pouring with rain. There were storms and lightning, and the only building on the island was a little fisherman’s cottage – so we all piled in: ”Scuse us, squire. You don’t mind if we come and shelter in your cottage, do you?’

The island was covered in big pebbles, but Alex [Alexis ‘Magic Alex’ Mardas] said, ‘It doesn’t matter. We’ll have the military come and lift them all off and carry them away.’ But we got back on the boat and sailed away, and never thought about the island again.”

It was a good measure that the men were toured around the islands, and contemplating on the necessity if they really needed it. McCartney says, “It’s a good job we didn’t do it, because anyone who tried those ideas realized eventually there would always be arguments, there would always be who has to do the washing-up and whose turn it is to clean out the latrines. I don’t think any of us were thinking of that.”

The band was required to purchase special export dollars and seek permission from the Greek government for the purchase. The funds eventually came through, but the members weren’t interested in the venture anymore. The dollars were sold back to the government, and in an auspicious turn of events, had increased its value over the course of the negotiations. The Beatles profited around £11,400 during the cancelled island deal.

“It was about the only time The Beatles ever made any money on a business venture. To make the purchase, we’d changed the money into international dollars or some currency. Then, when they changed the money back, the exchange rate had gone up and so we made about twenty shillings or so,” George Harrison said.