5 Most Essential Songs Ever from The Byrds 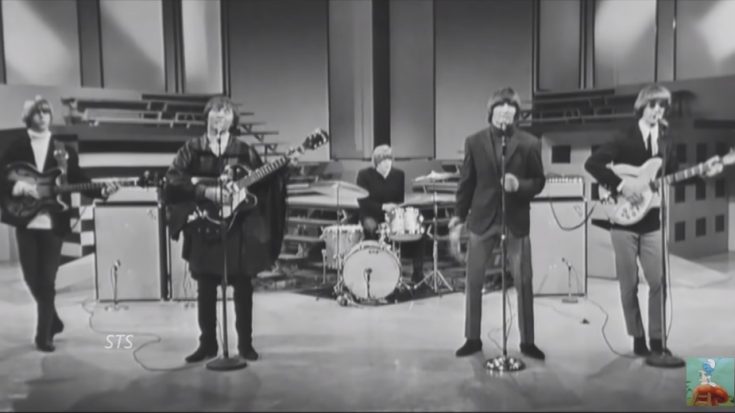 Best known to be pioneers of folk rock in the mid-sixties, The Byrds were overshadowed by the bigger names like The Beatles and The Rolling Stones. Their sound was reminiscent of Bob Dylan’s that was married with The Beatles. To be fair, they were a cover band for Dylan and similar artists. But the band wasn’t exclusively tied to the genre, and experimented with jazz fusion that frontman Roger McGuinn said was mislabeled as psychedelic rock, but eventually dabbled with the genre in their later works. The Byrds also branched out into country rock down the line, with Gram Parsons’ influence. Though the band’s lineup changed frequently, with some members branching out to bands of their own like Crosby, Stills, Nash and Young, the Flying Burrito Brothers, and the Desert Rose Band, The Byrds are still considered to be a prominent influences in the history of rock. With a signature sound of crystal clear vocal harmonics, and the unmistakable jangle of a 12-string guitar, they had the perfect recipe to concoct innovative music. Let us revisit the most memorable classics from The Byrds.

Written as a jab at popular music’s synthetic star-making, most notably after the rise of the Monkees, which was “manufactured” of nature. This cynicism in the current state of pop music became an anchor for the song to materialize on. With the signature Rickenbacker generating a repeating riff for the melody to ride on, while an impending bass progression binds the whole affair together. This track also saw The Byrds utilizing brass sections for the first time.

Taking inspiration from Gene Clark’s love interest in The Byrd’s earlier years, the song tells the story in the gist of the lyric “I’m gonna feel a whole lot better when you’re gone”. This track was a congregation of the band’s earlier signature sound: the Rickenbacker 12 string, heavy use of vocal harmonics, driving bass lines, and imposing rhythm progressions. The song is said to be built around a riff off a cover of “Needles And Pins“.

One of the band’s popular adaptation of another artist’s songs, Pete Seeger specifically, The Byrds made it their own with a folk-rock rendition of the song. Featuring lyrics from the Bible’s book of Ecclesiastes, the song was a timely message in the midst of the escalating Vietnam War. The result was a rock n’ roll version that even the original artist approved of.

The track was a telling of The Byrds’ story on their English tour in London on August of 1965. The lyrics allude to a homage of the British Invasion’s origins, their experience with the excited fans, and some controversy linking to another band called The Birds. This saw the infusion of jazz and Indian musical influences, promoting the rise of raga rock. Radio station were wary of the song’s messages as they were fairly open to drug connotations, but didn’t affect its popularity at all.

One of The Byrds’ best songs, it was ironically borrowed from the original artist, Bob Dylan. Produced in a different key, and an abridged verse from the first version. Apart from that, they keyed in a defining intro solo that made the Dylan hit more close to the popular music tastes of the masses. Some might even say McGuinn sings it more tastefully. This marked the rise of the band’s pioneering of the folk rock genre.