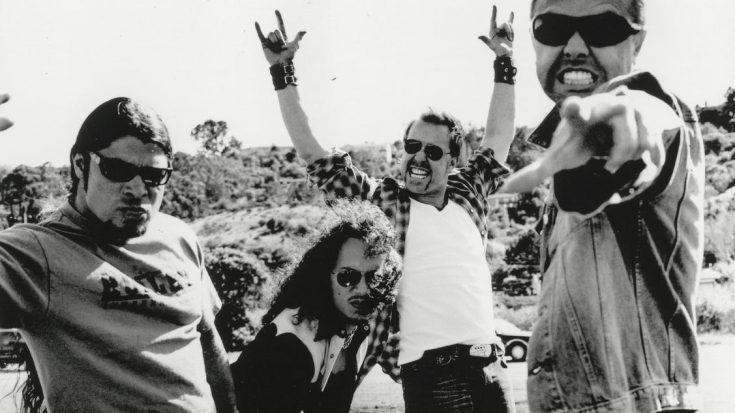 While flash mobs are brilliant ways to induce nostalgic memories, “rock mobs” aren’t unheard of. Hundreds of musicians all dishing out the same tune, kind of a risky venture you might think. Russian RocknMob proves us wrong though. The rock mob consisted of 250 musicians, from various regions and genres, gathering together to perform a Metallica classic “Sad But True“. The rock mob has been known for playing covers of hit songs from bands like Thirty Seconds to Mars, Bon Jovi, and Linkin Park.

This ambitious affair proved to be successful. The group raked the powerful progression with commendable timing, the video showing guitarists of various ages in perfect time with each other. Even the drummers synchronizing with ease is notable, each of them riding the same beat gives off serious goosebumps. The addition of female vocalists in the throng is a good way to add an extra dimensions of the vocals, painting a more vivid symphony with their higher ranges.

RocknMob got their inspiration from a similar congregation, Rockin1000. As the name suggests, the group consisted of around a thousand musicians. Rockin1000’s greatest merit comes with their performance of Foo Fighter’s “Learn To Fly” which moved the band enough to perform in Cesena, Italy after watching their performance. RocknMob has also recently covered another Metallica quintessential, “Enter Sandman“. You can check out their other performances in their Youtube channel here.

In light of eccentric cover performances, another Metallica classic was played by David Drambyan. Drambyan was known for doing a cover of AC/DC’s “Hell’s Bells“ with nothing more but church bells! Drambyan returns this time with a cover of Metallica’s “For Whom The Bell Tolls“. He performed the song at Roter Turm, or Red Tower, which is a 600-year old church in Germany.

With two enthusiastic, headbanging kiddos in tow, Drambyan flawlessly hits all the parts of the song with commendable accuracy, even taking into consideration the subtle notes. Who knew you could dish off signature riffs with levers and foot pedals and still look and sound awesome?