Billy Joel’s Thoughts About His Own Biopic 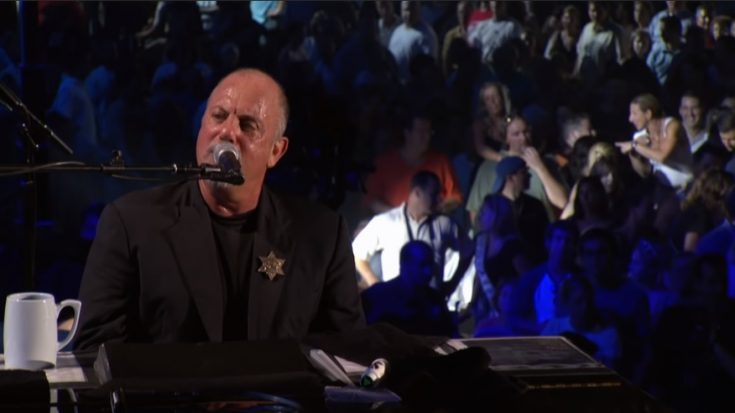 In the advent of immensely popular demand of rockstar biopics by way of 2018’s Bohemian Rhapsody, and now Elton John’s very own Rocket Man, the Piano Man Billy Joel isn’t expecting one to be made after his own life anytime soon.

In a recent interview with American music magazine Rolling Stone, Billy Joel discloses the reason why he isn’t expecting one, and if somebody offered him, he would decline it anyways. Joel says his life isn’t interesting enough for it to be made into a silver screen marvel, noting that he “doesn’t have enough objectivity” for the feat. He also mentioned a lesson he picked up as he attempted to put his life into words.

“I was gonna write an autobiography at one time — and I did. There wasn’t enough sex, drugs and rock ‘n’ roll in it for the publisher, so I gave the advance money back. I said, ‘Fuck it, that’s me.’ I don’t know if I’m interesting enough to make a movie out of. I lived my life. I don’t want to be redundant,” Joel expressed definitively.

In line with his 70th birthday this May 9 is a celebration concert, which is a part of his current once a month concert residency at New York’s Madison Square Garden. While Billy Joel’s shows are a slew of his fan-favorite tracks and biggest hits, he notes that “Captain Jack” won’t probably part of it because of his realization that he doesn’t fancy the song anymore.

Joel alludes to the song, “He didn’t age well. Captain Jack’s been demoted to Private Jack. In the verses, there’s only two chords, and it goes on and on, and it’s kind of a dreary song if you think of the lyrics. The kid is sitting home jerkin’ off. His father’s dead in the swimming pool. He lives this dull suburban existence until he gets high. One of the last times I was singing the song, I said, ‘This is really depressing.’ The only relief you get is when the chorus kicks in. When I’m doing the song, I feel kinda dreary and I don’t like doing the song anymore, although we’ll probably do it again.”

When asked if he did anything his peers did, like make themselves look young by dyeing their hair, Billy Joel dismissed it, “For me to try and look like a movie star would be ridiculous. I’ve always been a schlubby-looking guy, and I ain’t about to change. Plastic surgery, wigs, I don’t know. It has nothing to do with music. It’s all about an image and look. I am 70 years old. I’ve never hidden my age, so why should I start now?”