How Pink Floyd Wrote “Us and Them” 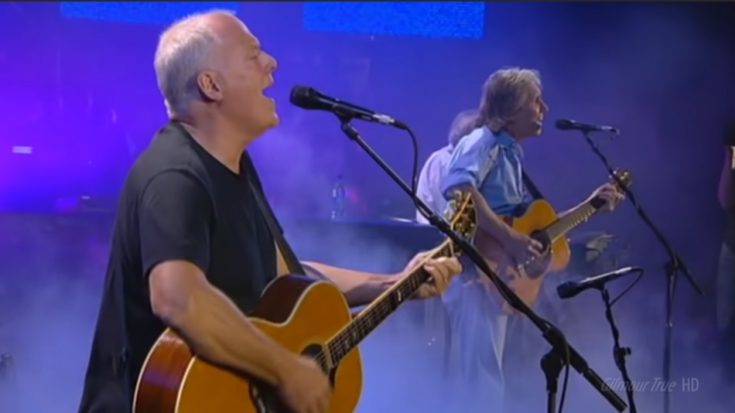 Pink Floyd is known for their brilliant poeticism, not only in lyrics, but musical flow and melodies as well. Most of their works prominently feature brooding, heavy progressions, with haunting yet exquisite harmonies. Their vehement approach to composing progressive rock earned them worldwide acclamation, catering to the masses of all ages. Some may say Pink Floyd is an acquired taste, but in truth, the music is there for the taking, people just have to listen. Let us discuss one song from the band’s extensive catalog, “Us and Them“.

From 1973’s Dark Side Of The Moon, “Us and Them” was the A-side for the classic, “Time“. The track was noticeably a lot more mellower in comparison to Pink Floyd’s other creations. A prominently jazz-infused track, it was originally intended to be part of the soundtrack of the movie Zabriskie Point, though it never made it due to the director deeming it “beautiful, but too sad… it makes me think of church.” The song was made by Rick Wright, the backbone version only featuring the piano and bass. The song was set aside after the initial rejection, but was revived when Dark Side Of The Moon was conceived. Roger Waters took charge of writing the lyrics for the song.

The noticeable jazz influence can be heard on the verse’s chord progression, with the second part of the main verse chords providing melodic dissonance, with slight variation from the first part, most notable for the use of minor chords. All of these is tied together by a pedal point, a lilting alternation of D and A on the bass progression. This produces a pleasing, yet somewhat disturbing emotion as the verse takes its course. The chorus breaks in with such power, along with Gilmour’s slightly husked vocals, making for a gripping conclusion of the solemn build up. The song also employs sax parts, and a liberating solo at that. Pink Floyd also used female backing vocals for the track, which was one of the first ones to get the treatment.

Lyrically, the song alludes to the prevalent anti-war movement of the time, which was utilized during the Vietnam War. Talking about differences and selfish motivations, it perfectly sums up the entropy-riddled destiny of human nature. The commentary about people manipulating people, for their own bidding, is a fitting statement to the disjoint of humanity, despite being of the same composition. Reception say the song’s message is enlightenment, but in reality, Pink Floyd just stated the apparent truth, people were just too busy to look at the whole situation with unclouded judgment.

Another testament to the band’s songwriting capacities, “Us and Them” is a song worth pondering on.