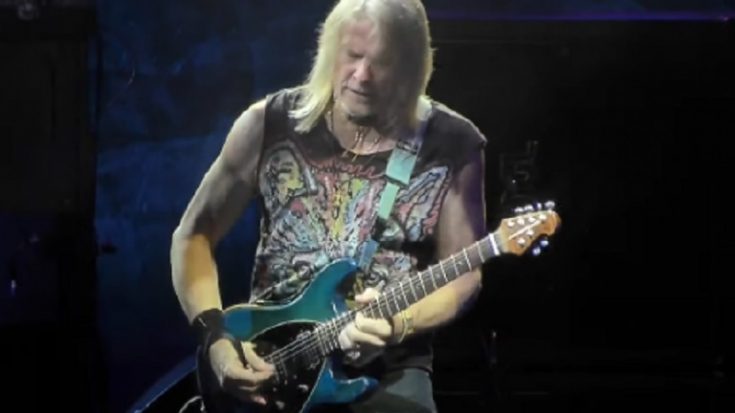 Deep Purple’s sound will forever be embedded in the annals of music history. One cannot just erase their distinctive hard rock sound— even in today’s standards, their antics are still as vital and as popular as before.

And they’re far from slowing down; back in August 2017, they’ve held one of their greatest and most unforgettable live show in their careers. The concert, held at the Greek Theater in Los Angeles, was a triple bill of Deep Purple, Alice Cooper, and Edgar Winter, the bands that shone the brightest in the 70s.

Edgar Winter started the night’s event, followed by Alice Cooper with his infamous guillotine and fake money onstage tricks, and then ended by Deep Purple, the show’s mighty highlight.

Deep Purple, one of the busiest bees in 2017, wowed the audience with their fierce introduction of “Highway Star.” It was a phenomenon of sorts with Ian Gillan (vocals), Roger Glover (bass), Steve Morse (guitar), Don Airey (keyboards), and Ian Paice (drummer), intensifying the stage with the authentic Purple sound. Time may have long passed the old days of rock, but it will never die.

Deep Purple’s setlist is as follows:

“Smoke on the Water”