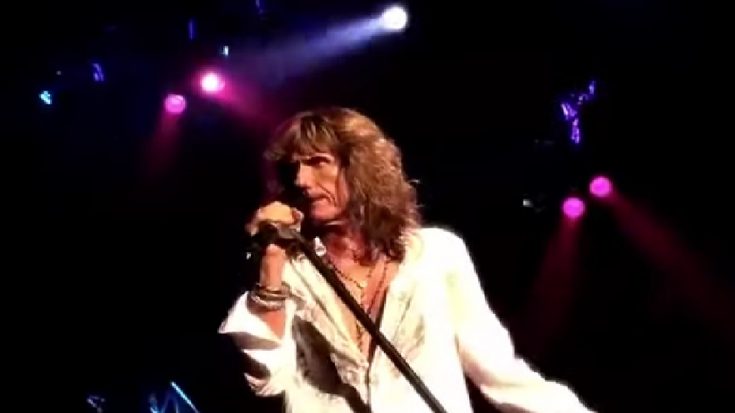 With the pandemic still going on, hindering the real concert experience that people loved to have, it was only fair for frontman David Coverdale to postpone the band’s planned tours this year. “I would love to think I could get out late ‘21, but I think more realistically, it’s gonna be ‘22,” the singer admitted on ABC Audio. “I would never go anywhere which would endanger my band or crew or members of the audience. You know, it’s just not gonna happen.”

Apart from the Covid-19 alarms, Coverdale had his fair share of troubles as well, with the singer undergoing a bilateral hernia surgery from his struggling health issue. He also expressed disappointment that Whitesnake couldn’t go out and do their farewell tour last 2020, as he hoped that last year would’ve been the right time for him to retire at the age of 69. “Now, I have to stay in f***ing shape for the 70- or 71-year-old farewell tour,” he joked.

But even though we can’t experience that feeling yet again, we are lucky for streaming sites like YouTube that store any of the band’s concerts pre-pandemic. In this video presented below, we’re lucky to watch Whitesnake’s 2011 concert in full, giving us the next best thing from any face-to-face concert with a rock band.