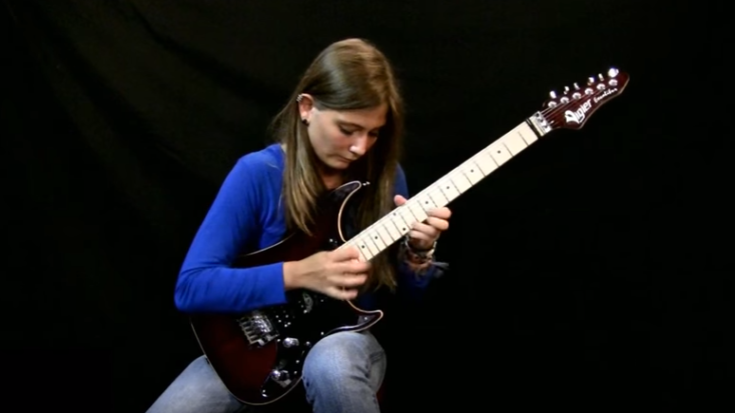 Unless you’ve been living under a rock, you’ve probably came across videos of Tina S at least once. This young lady has some serious talent and if you don’t believe me, just watch this video of her casually tearing it up to Ludwig van Beethoven’s “Moonlight Sonata.” Yes, THAT song.

“I’ve been at the musical conservatoire to learn classical guitar, but I’ve been taking electric guitar lessons with a professor since I was 13. I think it isn’t easy for anybody to learn. It’s really difficult and you have to be really patient when you are learning guitar. You don’t have the choice. Since it’s my first passion, I don’t mind working hard and being patient.” – Tina S.

Put her alongside some of the greatest shredders you know and she can definitely hold her own. Besides, she’s still a teenager and is already starting to take over the world.