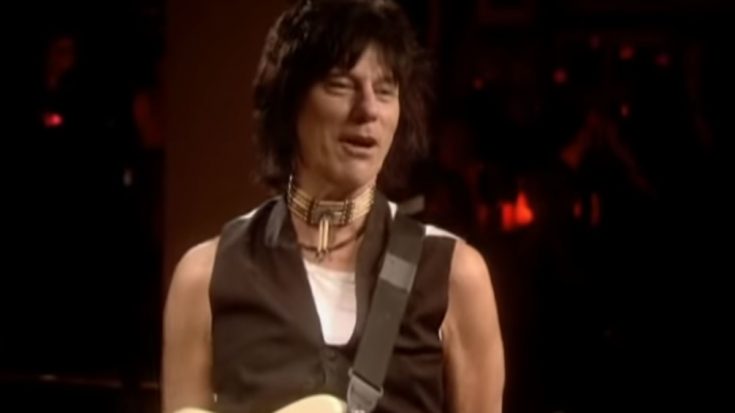 The death of famous guitarist Jeff Beck on January 10 brought widespread sadness to the rock community. Bacterial meningitis ultimately proved fatal for the 78-year-old former Yardbirds frontman and respected solo artist. Since then, countless tributes have been made, testifying to his widespread acclaim in his field.

Among those who penned a message posted on Twitter to the late singer is Led Zeppelin’s Robert Plant. “Jeff always appeared timeless, ever evolving,” Plant wrote. “He embraced project after project with limitless energy and enthusiasm. He surfaced in an extraordinary time. He took his place side by side with the virtuosos of the period, his mates. The scene was on fire, he introduced a cool template moving from Yardbirds to Bolero to Truth, Beck Ola with Rod the perfect foil,” he continued.

Beck, whose fingers and thumbs were infamously insured for £7 million, was widely regarded as one of the finest guitarists of all time and was also a prolific innovator. Throughout his career, he was a trailblazer in several musical subgenres, including jazz-rock, fuzz & distortion, and psych rock/heavy metal. As a solo artist and with the Yardbirds, he was inducted into the Rock & Roll Hall of Fame and won eight Grammys. He also received the Ivor Novello Award for his exceptional contribution to British music.