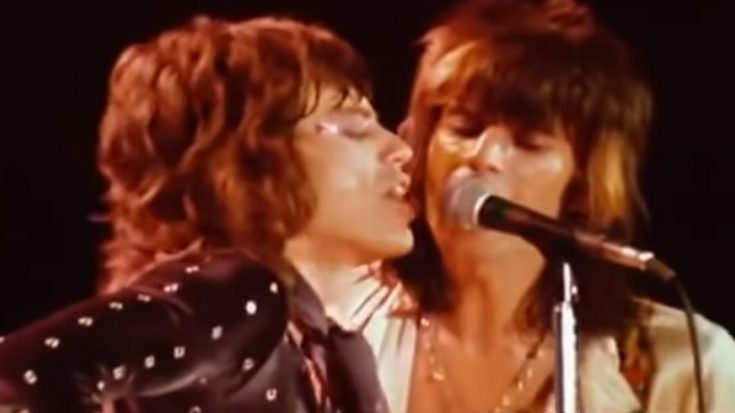 The Rolling Stones made up to be one of the most influential rock bands in the history of Rock and Roll. The songs trademarked with their persona are what make them special and respected at all times. Their ways of creating music and spreading the word gave them the edge of building an impact for the people who enjoy the music itself.

The band’s specialty was always their innovative way of making songs that gives them a tough rock with a soft bluesy tone. This is exactly what they paraded on when they performed the song, “You Can’t Always Get What You Want” from their 1969 album, Let It Bleed. A counterpart to “Hey Jude” by the Beatles, this 7-minute long track has melodramatic tones, enough to make Jagger stay still for a while as he sang. As usual, the band performed the music incredibly, with highlights from Jagger and Richards blending on the chorus of the song. The other remaining members were on point with this show, which goes to say that whatever songs they would do, they will always give their best. And as the song progressed towards its ending, the saxophone from the background made it like a cherry on top.

Watch and Listen as the Rolling Stones perform the song here.