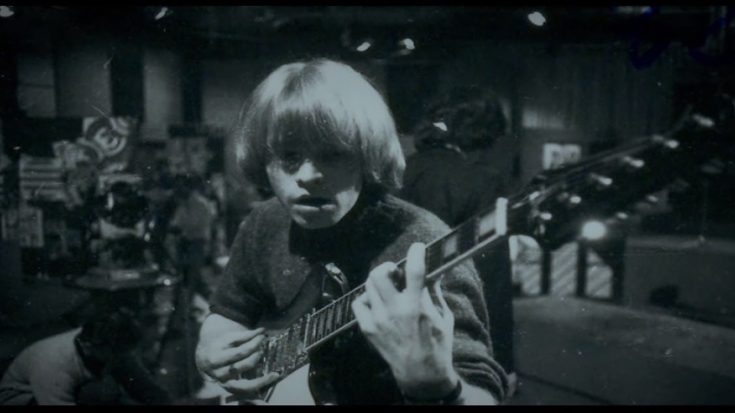 In a matter of time, rock legends have long been involved for some pretty inexplicable occurrences in their lives. Whether it involves music or their private life, the bizarreness of the situation is what makes it more controversial and intriguing for the fans alike. And though the mystery can no longer be explained any longer, it will always remain fascinating. Below are some of the classic rock mysteries that were left unsolved.

Jim Sullivan is an indie-country-rock singer who, for some reason, never made it to the top. Though he did have a stable number of fans, the idea that he was not in the place where he wanted to be gave him problems. With these teething troubles, he developed a drinking problem, but still decided to pursue music in Nashville, for a fresh new start. A few days later, his car along with all his possessions was discovered 26 miles away from where he was staying and was never seen again. His manager later mentioned that Sullivan once desired to disappear from everyone by walking out in a desert.

Known to be the antithesis of the psychedelic era propagated by The Beatles, Bobby Fuller was set to become a superstar in the rock-and-roll scene. But in 1966, Fuller’s body was found dead along with a gas can and a hose inside his mother’s car. Initially deemed as a suicide by the court, the details, later on, suggested that he was dead for some time before he was put inside the car. Theories have gone wild about his death, with some claiming that he was a part of a Mafia organization and that he was murdered for a foul thing he had done.

Everyone who knows that this reggae legend had died from cancer, but what others didn’t know was that Marley once survived an attempted murder he had experienced five years before his death. As told by the media, a group of guys in masks and carrying loaded guns broke Marley’s house and opened fire. Luckily, he and his wife only suffered some minor injuries, but his manager Don Taylor was shot multiple times.

Jamaican politics were a bit crucial at that time, ruling the People’s National Party and Jamaica Labor Party (JLP) to correlate their acts with Marley’s music. PNP hired guards unto the singer’s home, but on the night of the shooting, the guards were mysteriously gone. Leading others to assume that this may have been planned all along. However, another reason also rose, with Marley paying debts to his friends that might’ve caused him to be invited in some pretty awful dealings himself.

Perhaps the only mystery that did not involve killings or disappearances, Simon’s hit song “You’re so Vain”. The lyrics have sparked a lot of rumors as to who was she singing about. Though the second verse confirmed to be about the actor Warren Beatty, Simon ultimately mentioned that he wasn’t the only one who was the inspiration behind it, leading to the idea that there was another one. But she later said that she will not confirm their identities unless they will figure it out among themselves.

Though the band New York Dolls never made it big, their impact was still influential in the ‘70s. Johnny Thunder, their lead guitarist, was a heroin drug addict who was a bit too much at that time, cutting ties with his family and living with addiction. However, he found a light amongst the darkness, and was scheduled for a serious comeback in the ‘80s, only to be diagnosed with leukemia and was given a few months to live. But, he didn’t quite live a good life as he was murdered in his apartment. Though others accepted the notion of his death by drug overdose, others could not grasp it. For starters, his apartment was robbed, the toxicology report insisted that the drugs present in his body weren’t enough to kill him, and he was found below his coffee table, with his body twisted like the shape of a pretzel.

Back in the ‘90s, Manic Street Preachers were in the hands of greatness. But what made the band quite strange was Ricky Edwards’s disappearance. In 1995, Edwards checked out from a hotel room for a meeting with his bandmates for a promotional tour. After that, he went home to Wales and disappeared, never to be seen again. The car he was driving was located on a bridge that was famous for suicides and knowing Edwards’ mental health, this might have been a case. However, his body was never found and was even rumored to have fake his death and disappear, an idea that largely fascinated him.

The Disappearance of Licorice McKechnie

The string was a famous band known to incorporate traditional music with psychedelics. As McKechnie became romantically linked with the co-founder Robin Williamson and eventually broke up, she continued to perform in the span of 15 years but disappeared in the spotlight. As reports asked for the last time anyone has seen her, her sister mentioned that McKechnie was trekking in Arizona when she vanished, never to return again.

The Murder of Gary Driscoll

Gary Driscoll’s death is one of the most inexplicable mysteries to ever exist. He was an accomplished drummer but when Ritchie Blackmore fired him for unsatisfactory performance, he worked with odd jobs to sustain his way of living. Reports later said that Driscoll was found dead in his house, with the notion that the death was apparently drug-related. But, there are claims that the murder was ritualistic and had occult trappings—and was even rumored that Driscoll was peeled off his skin, before or after he died.

The Disappearance of Connie Converse

Connie Converse shared her talent in the spotlight, only to be forgotten by the people who once appreciated her music. Though she did move to another place and began teaching and writing a novel, she was depressed and began to be addicted to alcohol. She gave some strange letters to her family and friends, insisting that she wants to start a new life. She was never seen again.

Sam Cooke was a famous singer who had a major role in the Civil Rights Movement. But when he died in 1964, no know could believe the strangeness radiating from the incident that was deemed as a justifiable homicide. According to reports, Bertha Franklin, the manager of Hacienda Motel in Los Angeles saw that Cooke was attempting to rape a young woman who fled and in turn made Cooke angry. He went to the motel’s office, almost naked, and ask for the girl. Franklin then shot the singer who claims an act of self-defense. But singer Etta James, who was also present at the motel in time for the incident, later on, commented that his injuries might have been a cause to speculate that he was murdered for his growing support on activism.

The co-founder of the band Rolling Stones, Brian Jones was at the top of everything until his consistent laziness and repulsion to the team had him fired from the group. But a few weeks later, he was found dead in his pool. Sources later reported that it was ruled as “death by adventure”, meaning he put a lot of drugs in his system and drowned. But, some reports have issued a murder claim that was shouldered by Frank Thorogood, a caretaker of Jones’s remote farm who said that he was “owed” by Jones. The police later confirmed some mistakes in the investigation that supported the initial ruling, but it did not have sufficient evidence to claim what is right.