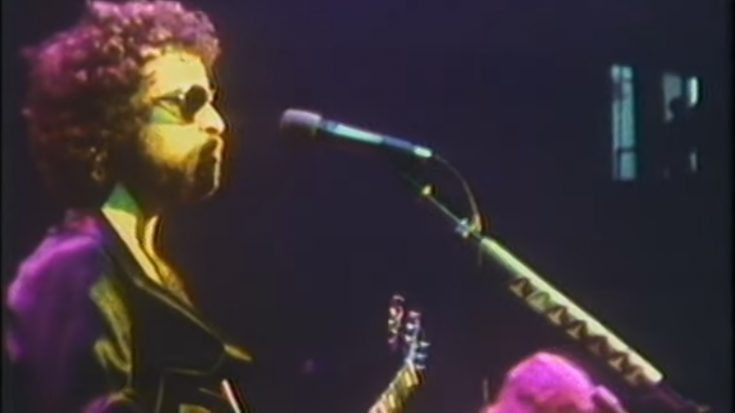 Are you on board with a rock song inspired by a gigantic beast?

Greeted with the loud howls from fans, Blue Öyster Cult’s “Godzilla” is a song from their fifth album, Spectres. Though this album did not raise any top-charting music, the above-mentioned song, however, did gain a cult following. Encouraged for his love of monster movies, the band’s guitarist, Buck Dharma wrote the lyrics wherein it depicts the popular scenes from its movie.

In the 1977 live performance of the band, the introduction was monstrous as anticipated. To gain further familiarity on what the song is all about, footages from the Japanese film Godzilla (1954)  were shown with the highlights on the monster attacking the village as Eric Bloom, sings the lines “oh no, there goes Tokyo.” And during its second half, Bloom can be heard speaking Japanese to add some spice:

With Blue Öyster Cult being a heavy metal group, one would want to bang his/her head and scream altogether the lyrics. And since Godzilla is a monster adored and feared by millions, so will be the fate of this heavy metal rock song.