Ranking The Best Songs In Appetite For Destruction 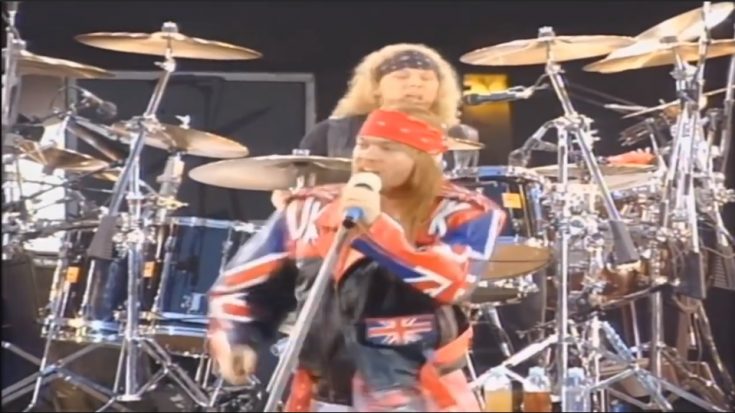 Guns N’ Roses’ debut album also happened to be the most successful venture of the then juvenile band. Appetite For Destruction offered the rejuvenation of the dying rock scene brought on by repetitive material, mostly of hair metal bands. Though the album materialized two years after the boys got together, it proved naysayers wrong when it blew out of proportions, raking in almost 30 million physical copies sold worldwide. Appetite For Destruction was nothing like what was offered at the time: a dirty, no holds barred, unadulterated kind of rock that appealed to the unenthusiastic masses at the time. Let us take a look back at the best tracks in this revolutionary album of the 80’s.

The song is an ode to the popular and inexpensive Canadian fortified wine Night Train Express, which the band favored during their earlier days. Following suit from Thin Lizzy’s own rendition of “Whiskey In The Jar“, the cheap liquor is forever imprinted to the listener’s thoughts with a rumbling progression akin to what fueled the band in the song’s inception. What started as a fun night became immortalized in a robust rocker up in the ranks of the best hard rock tracks.

The universal Guns N’ Roses classic that is undoubtedly their most covered song, once again started as a crude joke by Slash playing some notes while making faces at then drummer Steven Adler. Stradlin liked the circus progression and asked him to play it again. Within an hour, Slash’s horseplay had become a backbone of a successful rock hit. When suggested by the producer to add a breakdown for good measure, Axl Rose reportedly said to himself while listening to the demo track, “Where do we go? Where do we go now?”, which eventually made its way to the song. The signature guitar work from Slash and Stradlin, with Rose’s banshee vocals, caught the hearts of hard rockers all around the world.

The country-inflected intro beguiles the listener into thinking if Guns decided to mellow down with one track, but no. The country progression is plugged in for a distorted version that is driven by Adler’s constant drum beat. A riff and bass line combo ensues soon after the first few chords, characteristic of a breakdown before the verse. The song is another serendipitous child born from impromptu jams. It was originally to feature Slash’s more explicit lyrics for the line “Where the grass is green and the girls are pretty“, but eventually dismissed it due to other members not agreeing.

Dedicated to an early benefactor of Rose, Barbie Von Grief, the groove-rich track features a driving rhythmic progression that was led by explosive drumbeats and electric solos that summed up the whole package of Guns N’ Roses. The contrasting lyrics in the two sections of the song are a reflection of Rose’s feelings, with the last part a message of longing and friendship to Grief. Although notorious for the included sex sounds courtesy of Adler’s then girlfriend Adriana Smith, the track is a good culmination of creative input from the members.

1. Welcome To The Jungle

The band did good in setting “Welcome to The Jungle” as a title track, with its iconic brooding delay-laden riff that concludes to a contrasting progression, the menacing Slash’s guitar work taking effect. This grit loaded track is a rising declaration of the harsh realities of the band’s experience as total newbies to the scene. The complementing guitar work courtesy of the trio heavily improving the experience, with that of a predictable but effective tempo, is easily completed by shrill and powerful vocals. The perfect pump up song for the perfect dirt-crusted hard rock collection.