Jimi Hendrix Last Interview Before Death- Listen To What He Says 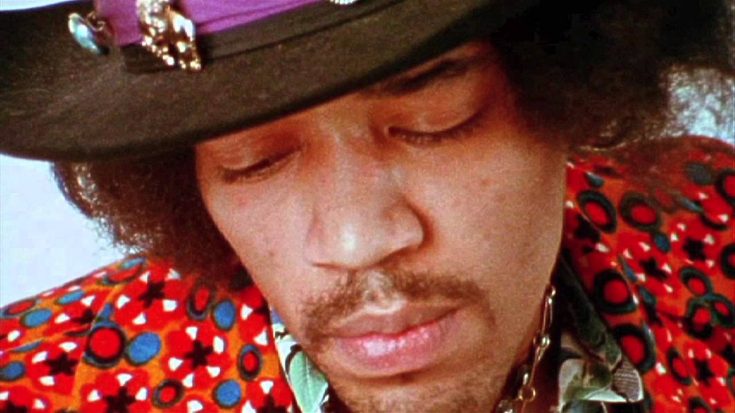 It’s no secret how Jimi Hendrix is considered a hero of rock n’ roll. Unparalleled guitar playing, songwriting prowess that was ahead of his time, and electric stage presence that matched his music; words are not enough to encapsulate Hendrix’s musical pride.

Known for his favorite use of effects pedals, overdrive and high gain amplifiers, Jimi aimed for that big sound, which he commanded pretty well. His rise to fame in 1966 would not lead anyone to believe his notoriety in the US Army, where he was honorably discharged following multiple circumstances that made officials deem him unfit for service. This focal point in his life was the sign Hendrix was waiting for, where he could finally pursue music and went around the country performing gigs with his ragtag band of army mates.

Fast forward, Jimi got with Mitch Mitchell and Noel Redding to form The Jimi Hendrix Experience. The band became well known not only in the US but overseas as well. The band was active from 1966 to 1969, amassing a following that only got bigger at the end of its run. They eventually disbanded, while Hendrix pursued a solo career that never had the chance to wane, due to his untimely passing. He headlined the iconic Woodstock ’69 festival, propelling his name even further as a legend in rock n’ roll.

Amidst the glitz and glamour that came with his fame, Hendrix was battling his own demons. He had a serious problem with alcohol and substance abuse. He was known to turn violent whenever inebriated, as witnessed by his friend Herbie Worthington, who said, “You wouldn’t expect somebody with that kind of love to be that violent … He just couldn’t drink … he simply turned into a bastard”. Another account from friend and journalist Sharon Lawrence tells Hendrix’s confession, who “admitted he could not handle hard liquor, which set off a bottled-up anger, a destructive fury he almost never displayed otherwise”.

In his last days, Hendrix was lying low and coping with the mounting pressures regarding his career and personal decisions. In this interview however, he is notably calm and composed, giving commentary on music and related topics. Listen to his final interview on the video below, which happened a week before that fateful day.