The Most Insane Stories About Ace Frehley 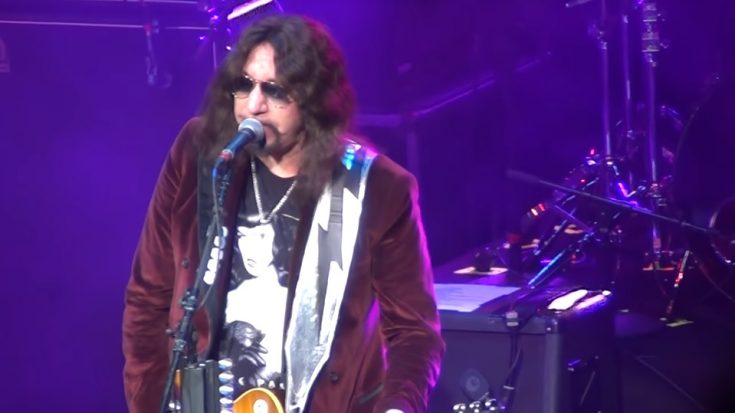 The rock star life is often paired with mayhem and promiscuity. Those who walk the talk and stick to the culture often find themselves stuck in the pit far longer than envisioned. KISS’ former lead guitarist Ace Frehley led such a life, topping the ranks of the most ridiculous and extreme rockers in terms of activities he partook in. Here are some of the wildest accounts involving the Space Ace’s antics and hullaballoos.

He survived a bout of  on-stage Electrocution

In a KISS show in Lakeland, Florida on the 12th of December 1976, a poor electrical situation caused Frehley to get electrocuted while performing. The Spaceman had just finished playing “Detroit Rock City“, which he did on an upper stage platform. When he was making his way down to the lower stage level and continue with the set, he grabbed a metal railing to aid himself, but it unexpectedly completed a circuit, electrocuting Frehley to the point of immobilization and was only freed from the death trap when he fell onto the stage below. He shared his experience, “I knew it for an instant, and then I blacked out. I woke up behind the amplifiers. I said, ‘I can’t play.’ Then the fans started chanting my name, and I finished the show. But I had no feeling in my hands. I don’t know how I even did it. I guess it was all adrenaline.”

The incident was a source of inspiration apparently. Frehley penned the song “Shock Me“, which became the first KISS track where he played the vocals.

He led police personnel on a crazy car chase

While car chases are probably the most exciting parts of a suspense movie, Frehley got to experience it firsthand in 1983. He recalls, “I got pulled over, and I had a suspended license, and I had bumped the back of another car. The officer said, ‘License and registration.’ I said, ‘One moment, it’s right here in the glove compartment,’ and hit the gas and took off. That sparked the whole crazy thing.”

The Space Ace was successful in evading the force for a brief time, but eventually caught up with him in his DeLorean, in White Plains, New York. He was charged with drunken and reckless driving, but managed his release after posting a $500 bail.

He claimed Gene The Demon had crabs

And he wasn’t talking about the crustaceans. Frehley detailed in his autobiography of how Gene Simmons was infested with pubic lice. He later modified the narrative, adding how all of the band members also had it, but it was Simmons who spread the infestation. He has sent a copy of the biography to Simmons, but hasn’t heard from him as of yet.

“Most people who know Gene have said I went pretty easy on him. I sent him a copy for Christmas, but I haven’t gotten any feedback yet,” Frehley shared. “Gene’s heart is in the right place a lot of times, and on a personal level we get along fine, but he makes business decisions I don’t agree with, and that’s when we run into problems. We had lunch a few months back and just reminisced about old times. But Gene likes to hear himself talk, y’know?”

Frehley has just brought another private matter to light, about Simmons’ disinterest in showering. The Demon finally responded to this claim with, “What does showering have to do with being a responsible human being? What else? That’s what makes you [an] assh*le, because you don’t shower? Okay. You win.”

He almost went blind because of his make-up

KISS has been known for their outlandish outfits and caked faces. Frehley became a victim of their trusted cosmetic when he passed out in a Paris show due to imbibing too much champagne. He details the happening of that night which might have cost him his vision.

“I was in Paris, and I bumped into a model – a fashion model that I knew from New York. She was doing a photoshoot there. We ended up getting drunk on about four bottles of champagne, and I ended up passing out in the bed with my makeup on after the show. When I woke up, I had an allergic reaction from not taking the silver off – because it’s ground-up metal. My eyes were swollen shut. I was blind.”

He was lucky when a doctor was able to successfully treat Frehley, but he was traumatized by the experience already. “For a minute there, I thought I was blind. I didn’t know what had happened. It was insane.”

Before his days with KISS, Frehley was known to associate himself with local gangs who were frequently involved in violent altercations. He has been open about that era of his younger years, also adding how he has been apprehended by law enforcers in multiple occasions.

“I had guns put to my head. I got into some crazy fights. I got into some predicaments where I wasn’t sure I was gonna get out of them. But I was lucky. The worst thing that ever happened was when I was [slashed] in the stomach on my 13th birthday. Luckily, it wasn’t a deep wound.”

He also shared his penchant for trouble and his self-proclaimed suave when interacting with people. “I’d get into trouble. But I also excelled in sports. I was a really popular kid. I was a man’s man and a ladies’ man. I was always interested in art, and for a while, I thought I was gonna be a commercial graphic artist, but music kinda stole that away from me.”

Former KISS drummer Peter Criss includes in his autobiography of how Frehley would frequently frolic himself, especially during their younger years. Although Frehley hasn’t said anything about it, he was notorious for his relations with various women and groupies.

Criss also envied Frehley when he learned how much the guitarist was making, feeling betrayed. “The greatest wound to Criss’s huge yet fragile ego came when he learned that Ace Frehley, one of his closest friends and only ally within the group, was making $50,000 per show while he made only $40,000. For Criss, this is the ultimate betrayal, the professional equivalent of stabbing him, then setting his corpse on fire.”

Hanging out with Pantera’s Dimebag Darrell

Frehley recalls one crazy moment when he hung out with Dimebag Darrel in his residence. “It was a pretty crazy weekend. Some hookers came over at the end of the weekend. I got a bl*w job in front of Dimebag. They were watching. It was crazy.” He wasn’t too concerned about it however, as everybody in the room were also intoxicated.