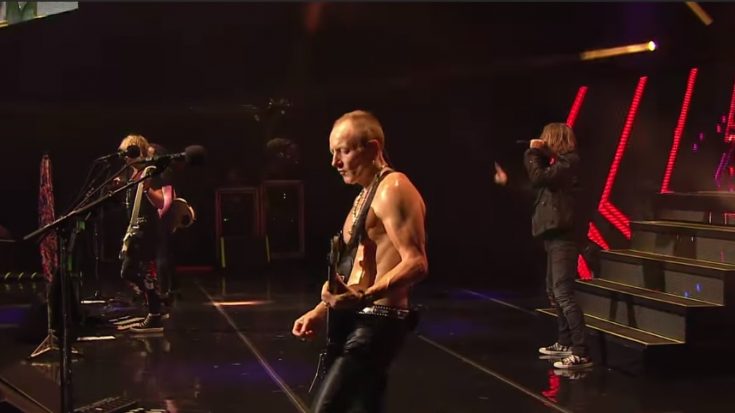 Undoubtedly the glam rock icon’s most successful album, Hysteria wasn’t without its own bouts of problems. After esteemed rock producer Mutt Lange withdrew from the project, the band was pulling hairs with prospective replacements. They tried the service of some producers, even the own sound engineer of Lange, but to no avail. They eventually had to scrap the initial sessions due to it not meeting the result they were aiming for, which was leaning to a more pop-oriented output. To add to this unforeseen delay, the tragic car accident of drummer Rick Allen which took his left arm put sessions on hold, although Allen’s resolution was strong, that he’d keep playing drums. The band supported him all throughout, slowly starting recording sessions again, with Allen given a hybrid electronic/acoustic kit that he slowly got accustomed to. In a stroke of luck, Mutt Lange suddenly presented himself back on the venture, reinvigorating the band to finish the album. After three months of toiling with the mix, Hysteria was born, though much later than what was expected. Let us revisit the best tracks of this jet-propelled rock fest and understand what made it so successful.

While the song is still a heavy hitter, its linear progression actually pales in comparison to the other tracks of the album. While not obviously as flashy as “Pour Some Sugar On Me“, its charm lies on its more traditional rock formula, with a nice touch on a choral arrangement for the chorus. A strong and emotional melody makes for this song a perfect arena rock homage.

Relying on reserved guitar riffs and paunchy progressions,”Armageddon It” is a catchy song to join on singing. The fixed tempo of the drums allow the song to properly establish its go-getter vibe, with Leppard’s favoritism on high range harmonies. With easy catchphrases for crowd participation, the track is all you need for that pump-up energy shot.

The easygoing title track adds a hint of mystique with its contrasting melodic progressions that make up a laid back rocker for years to come. Multi-tracked vocals are clearly Def Leppard’s bread and butter, and makes up for a smooth and sultry dimension for the song. Mutt Lange’s choice to record individual notes for the guitar parts, and then overdub them to make chords, is a creative take for a clean and distinct cohesion of sounds.

2. Pour Some Sugar On Me

Claimed to be the biggest hit of the album, the track magnificently uses a build-up technique with a hard, gritty progression that’s delightfully a guilty rocker pleasure. Extra distorted guitars and the pre-chorus that gradually rises, before concluding to the multi-vocal tracked chorus, is a cornucopia of dirty and sexy melodic slush you won’t mind wallowing on.

A true representative of 80’s rock, “Animal” take the rock anthem route with its attracting riff progressions and the “And I want…” chants that make up for an easily-identifiable track. Reported as one of the most difficult songs to produce in Hysteria, the song took almost 2 years before the band could get to the sound they wanted. It clearly shows though, overlapping vocal lines over the main melodic and vocal for that perfect blend of rocker inspiration and expression.