An Album That Revolutionized Rock In The 80’s 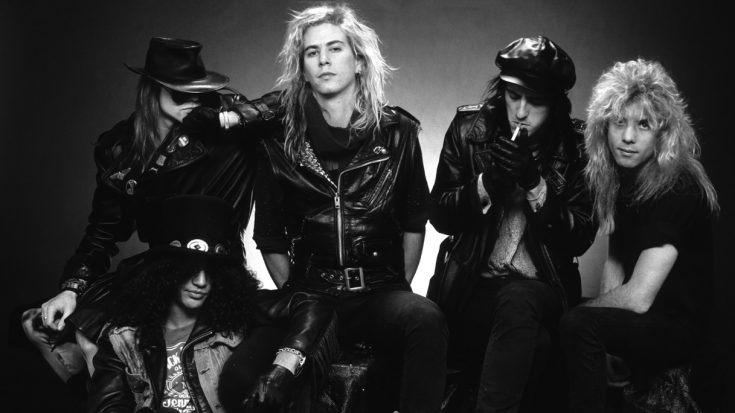 The 80’s has seen its fair share of rock albums, but a notable few stood out. Throughout the course of the decade, bands of numerous rock sub-genres tried to put out material that would shake the charts. Here in ILCR, we discuss an album that helped revolutionize and reinvigorate the rock scene in the 1980s.

DISCLAIMER: We are not responsible for the slight rise in blood pressure upon the consumption of content ahead.

The rock scene was dominated by hair metal bands in the late 80’s, with  bands such as Motley Crue on the forefront. Not to discredit the Crue, but there was a slowly growing clamor of hairspray sickness in the air. With the same old recipe being used over and over, it didn’t take long for the scene to get repetitive. But an unlikely rag-tag of punks rose out of the rubble to declare war.

1987 saw the rise of Guns N’ Roses, two years after their formation. Appetite For Destruction was the weapon of choice for the band, and destroy it did. $22,000 US dollars later, the band’s debut album would propel GNR into rock superstardom. It raked in 30 million copy sales worldwide, which was a miracle given the chaotic tempest that was involved in the creation of the album.

The boys offered something that was severely lacking during that time: a defiant, dirty kind of rock that wasn’t tailored to anybody’s standards. The 80’s was a time where political correctness was rampant, but Appetite For Destruction didn’t have shit to spare. Born out of chaos, the rawness and rabid language was ironically a breath of fresh air for the audiences.

Introducing you to the album is “Welcome to the Jungle“, a wild ride from start to finish. This track snarls at the listener to be ready of what’s to come, and boy were they not ready. Axl Rose’s unrelenting energy propels the song, highlighting his experiences in the City of Angels. The intro’s buildup gives off such a hype that’s difficult to come off, and the serious riffs of Slash come into play. Axl Rose’s gritty version of scat singing is a welcome addition, along with the harmonizing backing vocals. This is the absolute trademark of Guns N’ Roses, for fans and haters alike. Nothing like a track seeping of reckless, aggressive energy.

Another banger is “Paradise City“, starting with a country rhythm and Rose’s piercing vocals. Soon, Slash enters the fray with a stylized riff derived from the intro. The addictive repeating riffs in the verses drive the track which is then concluded abruptly by Adler’s unpredictable drums. Still another homage to Los Angeles, this song embraces the dirt of the locality.

The album is riddled with songs that pertain sex, booze, drugs, and rock and roll, yet not in the same package they’ve been in for the past decade or so. “Mr. Brownstone“, “You’re Crazy“, holds these themes perfectly, while “Out Ta Get Me” is a declaration to anybody who dares to judge to piss off.

Another groundbreaking record in Appetite For Destruction is the beauty that is “Sweet Child O’ Mine“, a power ballad that borrowed inspiration from southern rock sounds. Quite the sad lyrics disguised in a rocking melody, Slash gave birth to one of the most played riffs around the world. Though dismissed by Slash at its release as “sappy“, it reached the tops of charts by 1988, and continues to be be known for having one of the most popular riffs of all time. So much for “that stupid little riff“. Slash’s words, not ours.

This era also saw the return of Gibson classics, with the help of Slash and Stradlin sporting theirs in the album. The fuller, yet cleaner sound showed the other bands you didn’t need the most extreme guitar to dish out sick riffs. Not that we think it was a paid gig, but it went well for both parties, apparently.

Guns N’ Roses did their part in replenishing the diseased sound in the late 80’s with their own solution, Appetite For Destruction. They cleaned the building cesspool with their own dirt, fought fire with fire. Love them or hate them, one cannot dispute the album’s impact to the rock scene in that era. Nothing like a crazy, reformative debut album to headstart your career with!

It pains us to even rank this album as an honorable mention, as it was monumental for the rock scene as well. We’re talking about AC/DC’s Back in Black. A rise from the ashes after Scott’s untimely death, this charged tribute would’ve been our first pick, but the chronological circumstance did not allow it, much to our disappointment. This album doesn’t need any explaining, we’re letting it speak for itself.