Paul McCartney’s Seen And Done It All, But Nothing Compares To This Precious Childhood Memory 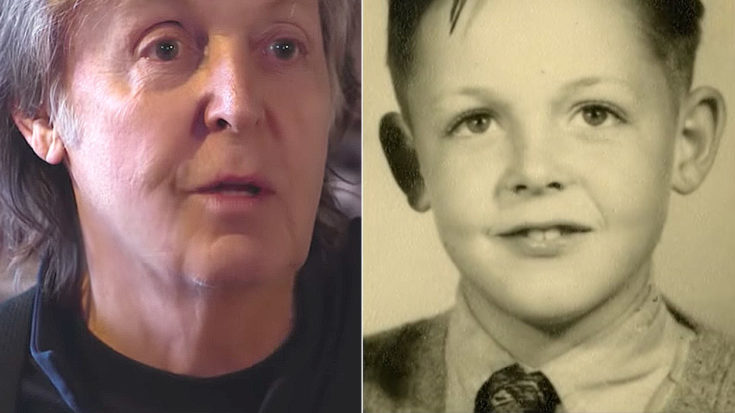 It All Goes Back To This

It’s easy to become so starstruck with our musical idols that we forget that they, too, were once dewy eyed youngsters who were helpless to do anything but follow when the rock and roll bug bit them. In the case of Sir Paul McCartney, the former Beatle’s love affair with music is tied to his most precious childhood memory – one that stretches back more than half a century and involves a small household goods store, a little pocket money, and a whole lot of wide eyed excitement.

As McCartney tells it, it was Gene Vincent’s 1956 hit “Be-Bop-A-Lula” that made his eyes glow with excitement as he ran down to a local household goods store that sold records, spending his hard saved pocket money on the album that he admits he “played to death”.

“I’d saved up all my pocket money and went down to the city center in Liverpool, there was a little shop called Corry’s. It was really an electrical goods store but in the back, there was a little record booth and I knew I could get the record there. So, that was it and I took it home and played it to death.”

Even before Gene Vincent and “Be-Bop-A-Lula” though, there was the critical family link that helped shape Paul’s lifelong love for all things music and helped him appreciate rock and roll as he knew it as a child, and the rock and roll he’d help to shape and evolve with The Beatles.

“Before I bought “Be-Bop-A-Lula” I’d hear things on the radio and also my dad was a piano player but he was the guy who would play at the New Year’s parties, so he was always playing piano around the house and I heard a lot of it.”

The elder McCartney’s piano playing paired with family parties full of singing and music and Paul’s own developing taste in music helped shape one of the greatest musical masterminds of the 20th century. Amazing how the things we take the most for granted – family parties, car rides with the radio on – are what have the biggest impact on our lives and leave us with the fondest memories, isn’t it?