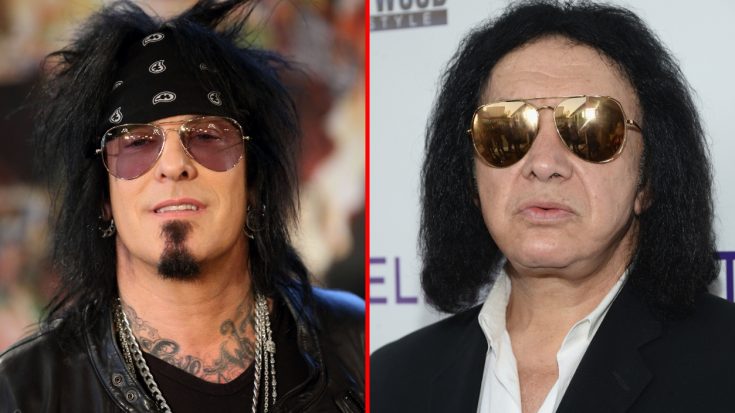 Both Mötley Crüe and KISS are kicking off 2019 in grand fashion. Mötley Crüe just released a brand new trailer for their long awaited biopic ‘The Dirt’ and are gearing up for an epic Netflix release, and KISS have just kicked off their illustrious farewell tour.

No doubt both bands are gonna have a busy 2019 for the better, and we couldn’t be anymore excited for what they have in store for us. However, it looks like these two bands may find themselves in a bit of a feud pretty soon…

Fresh on the heels of Mötley Crüe drummer Tommy Lee accusing KISS of stealing the stage setup from them, bassist Nikki Sixx is now also accusing KISS of the same thing. The above tweet is just the first example of Sixx claiming KISS stole the concept from Mötley Crüe’s farewell tour.

Sixx also posted this to Instagram poking at KISS…

If ya wanna see an exact reenactment of this just go to the #LosAngeles Forum tonight.

As mentioned, this comes not long after drummer Tommy Lee accused KISS of the exact same thing. From the looks of things, this could end up becoming a feud.

Of course this could all end up being nothing, but in the world of rock & roll, that’s a distinct impossibility. Knowing the tenacity of both members of both Mötley Crüe and KISS, this is a (soon to be) battle the surely WON’T go unsettled.

But with that said, we certainly hope that both sides can settle their differences in a gentlemen-like manner, whether anything was stolen or not.