Dee Snider Admitted Something About Him and Metallica 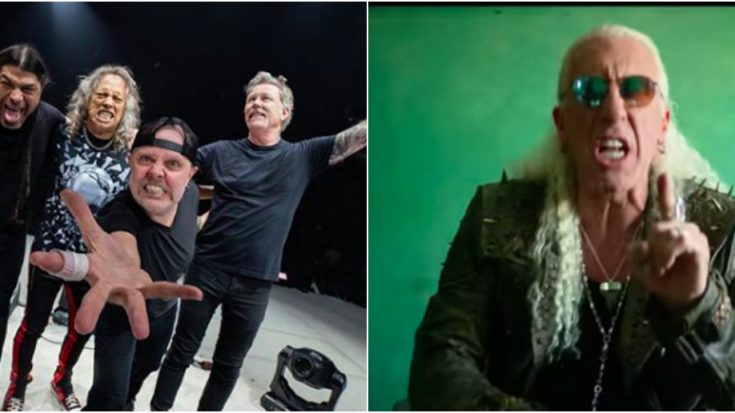 Dee Snider did not believe Metallica would go far.

Twisted Sister frontman Dee Snider is friends with Metallica. In fact, they even toured together in the early days of their music career. However, in a radio interview with Meltdown  on Detroit’s WRIF 101.FM, he reveals that his first impression of the band wasn’t peppered with faith and admiration. It was actually quite the opposite and he admits, he was completely wrong. He reveals in the interview,

“Those m*therf**kers earned every f*cking dollar they made,” Dee says. “They didn’t give an inch — until they [made] an ‘Alternica’ record. Which I thought was a great record, but they gave an inch. But up to that point, they just fought hard.”

“This is a true story. We’re on tour with Metallica, and we’re in Holland, and I’m standing on the side of the stage and I’m watching them doing their set. And I turn to my bass player and I go, ‘These guys have got a lot of heart, but they’re never gonna go anywhere.’

To be fair though, in Metallica’s earliest days, they weren’t big in the heavy metal realm. Dee was just sharing his honest opinion of the band during that time.

He adds, “Like I said, I’m brutally honest. I said that out f*cking loud. What an a**hole! I didn’t wanna be against them. I just said, ‘They’re so heavy.’ But they made people just accept how heavy they were, and that’s the great thing about Metallica.”

At least now he shows them the respect they truly deserve.