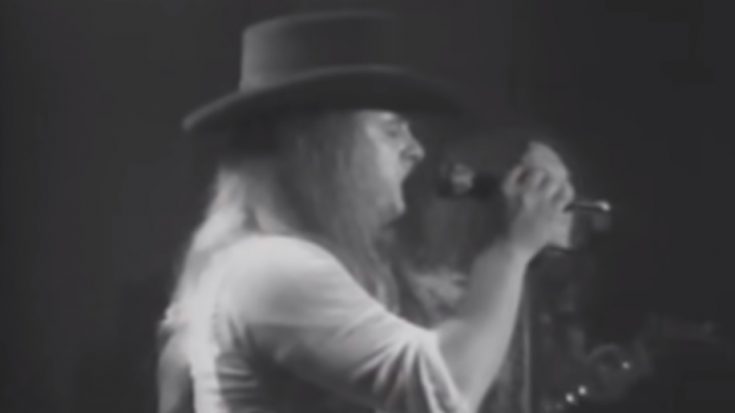 Lynyrd Skynyrd’s 1977 hit, “That Smell”, had quite a backstory on its inception. Guitarist Gary Rossington is the inspiration for the track because when he bought a new Ford Torino, he got drunk and crashed it into a tree and a house – the lyrics “whiskey bottles, brand new car, oak tree you’re in my way” reference this. This was a time when the band was supposed to start touring in a few days time, but ultimately had to postpone it due to Rossington’s injuries.

Ronnie Van Zant and Allen Collins’ disapproval of Rossington’s careless and risky behavior led them to pen this song. As punishment to the guitarist, the band fined him $5000 for delaying the tour. Lynyrd Skynyrd also made it a point to follow suit and stay sober while on the road, banning drugs and alcohol from their dressing room.

With that, enjoy this live performance of the song just a mere three months before the tragic crash claimed the lives of the band’s vital members.