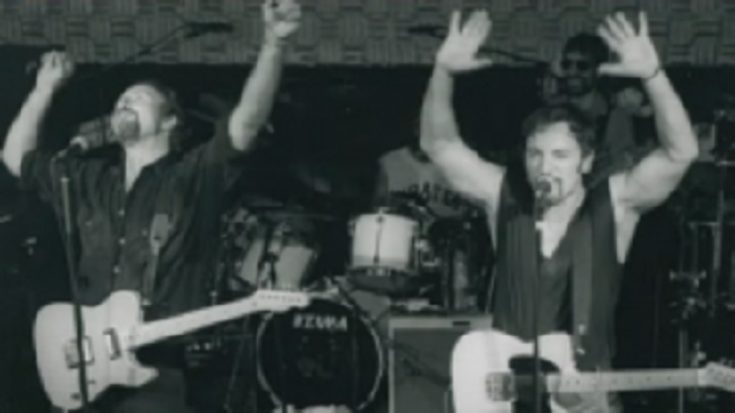 Joe Grushecky and the Houserockers’ October Assault tour with Bruce Springsteen was a showcase of talents, blitzing through 5 shows in 5 nights back in October 1995. At this point, 13 previously unreleased performances from the group’s show at Nick’s Fat City are now available in celebration of the 25th-anniversary reissue of Grushecky’s American Babylon, also produced by Springsteen.

The boss also co-wrote 2 songs with Grushecky that is included in his original American Babylon LP. The album also generated some classics such as “Chain Smokin’” a familiar track that is often present inside the former’s live concerts.

The reissue shows the duo’s music chemistry, as they walked on several of Gushecky-penned songs. Later on, they’ve wooed the crowd by playing some of their favorite cover songs such as “Brown Eyed Girl” by Van Morrison, “Gimme Shelter” by Rolling Stones, and Chuck Berry’s version of “Down The Road Apiece.” The latter was often played by the musicians to signal the concert’s ending. A perfect way to finish the show, indeed.

You can watch Joe Grushecky and Bruce Springsteen’s amazing rendition of “Down the Road Apiece” below.