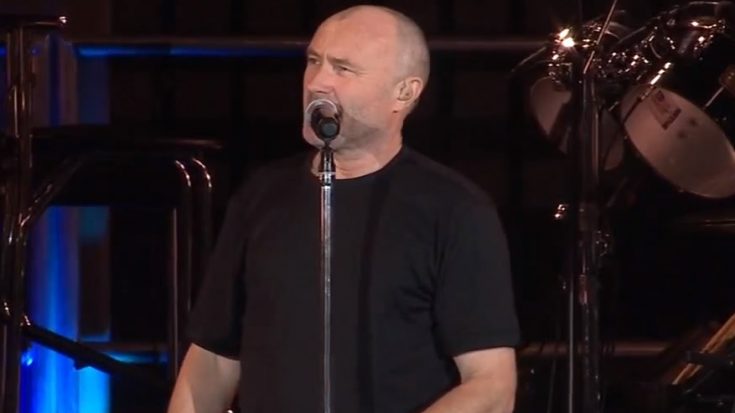 As the decade of the 1980s came, everyone had pretty much moved on from when Peter Gabriel left his old band, Genesis. So, it came as quite a shock to fans and the music industry when a sudden, unexpected call for a reunion happened in 1982.

Genesis started with prog-rock roots during the Gabriel era but went on a different, yet commercially-successful path when drummer Phil Collins replaced him. It is evident that at this moment, the band didn’t have to worry about the cash flowing in for their part.

As for Gabriel, who enjoyed modest success as a solo artist and had the freedom to control his style, he didn’t have that much problem too – until an alarming financial situation bought them together in a sense of camaraderie for old times’ sake.

On October 2, 1982, at the National Bowl in Milton Keynes, England, Gabriel sought to recoup his financial losses from the first WOMAD (World of Music, Arts, and Dance) festival by putting on a concert titled Six of the Best. WOMAD was created by Gabriel as a platform for cultural exchange. The roster included post-punk pioneers Echo and the Bunnymen, Indian sitarist Imrat Khan, Irish folk legends the Chieftains, and the Drummers of Burundi. Many reasons, including a rail strike, may have contributed to WOMAD being more of an artistic triumph than an economic one, leaving a hefty sum burdened to the singer.

Given Gabriel’s inability to escape that predicament, Genesis’ management came up with the ingenious concept of holding a reunion concert that would also serve as a fundraiser for the disastrous event. Genesis agreed immediately; however, on Gabriel’s part, they have yet to deal with the fact that Genesis had already started a lengthy tour.

Mike Rutherford wrote some details about the event in his memoir The Living Years. “When the idea of helping him with a fundraising reunion show came up, there was no deliberation. We decided straightaway to make it happen, [but] given that we were in the middle of a [40]-date U.K. tour ourselves, this was a logistical nightmare.”

Lucky for them, they managed to pull through an exciting concert with 47,000 concertgoers waiting at London’s Hammersmith Odeon. Gabriel used a humorous visual trick at the start of the show to convey his conflicting emotions. At the beginning of the concert, the singer was dragged onstage in a coffin after an introduction by Jonathan King, alluding to this resurrection “from the dead.” Typical Peter Gabriel humor and style indeed.