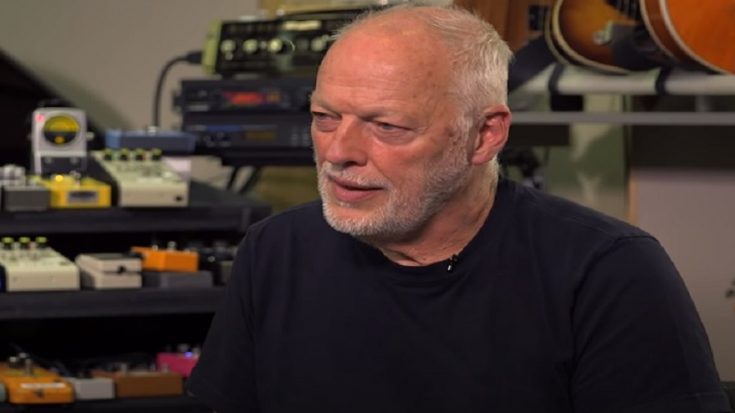 David Gilmour became a household name when he joined the famous rock group Pink Floyd and went to produce some of the finest and irrevocably great songs of the century. One can assume that Pink Floyd might be the greatest band ever to exist, but, Gilmour himself never claims that assumption. As he is a huge fan of the Beatles, he adheres to the idea that the group he always idolizes is the rightful one for the accolade.

Undeniably best, the Beatles are a game-changing band that started the revolutionary approach to the new era of music. And among the famous artists of today and the previous generations, it is a mainstream fact that mostly all of them adores and idolize the Fab Four.

Gilmour was never quiet in expressing his good remarks to the Beatles. And when given a chance to express it, he never does it in a shy manner. The Beatles were an influential band for the Pink Floyd, especially to Gilmour, upon learning how to play the guitar and compose songs; and he’s forever grateful to that.

The good news was, Pink Floyd had the ultimate opportunity to experience the magic inside the recording session of the Beatles during their Sgt. Pepper. But the downside of it was David Gilmour was not there, since he was yet to join his band in 1967. Nevertheless, Gilmour is still the greatest Beatles fan, and the band’s song “I Saw Her Standing There.”

David Gilmour once expressed his sentiments when he was helping Paul McCartney in some of the latter’s songs. Truly embodied a longtime fan that has the privilege to hear his idol’s masterful performance, he felt like he “was a kid again”, with nostalgia flushing back his adoration with the group. Gilmour has helped quite a lot with McCartney on several occasions. So when he persuades him to perform “I Saw Her Standing There” with Gilmour singing Lennon’s parts, it was a fantastic moment. The lucky fan barely kept his cool for the whole performance.