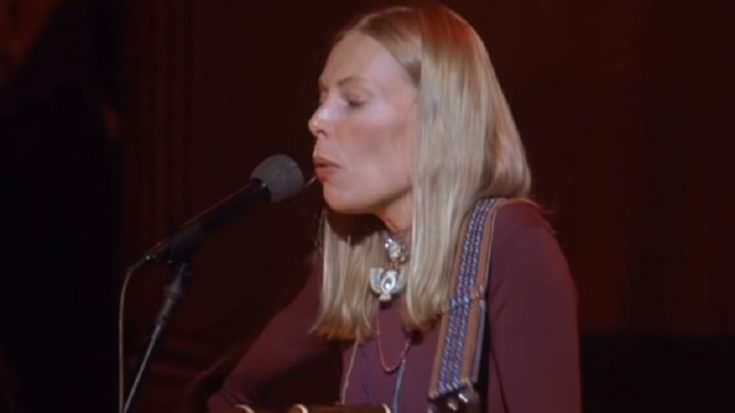 In the era where the genre of rock and roll defines its features as a male being, Joni Mitchell came into the scene, proving everybody wrong. Mitchell may be known for her well-known hits that we’re still listening up to this day, but her genius when it comes to writing and composing songs does not restrict to what became famous from all her work. Below are some of the best proofs of why everyone deserves to love this rock diva more.

The song marked Mitchell’s entry to fame and recognition. The lyrics as wells as its rhythm plays between reality and illusion, topped off with some melancholic music that we adored and cried the most.

Mitchell’s Court and Spark remain one of her most successful albums up to date. Along with this, it contains “Down to You”, a song highly contrasting the light and fanciful concept of the album; with its sexual weariness and alienation of life, you’re living.

Truly a quintessential masterpiece, “Amelia” shows the comparison of Mitchell’s adventurous and condescending life from the controversial disappearance of Amelia Earhart, the first female aviator who flew across the Atlantic Ocean.

Jazz had always fascinated Mitchell, and while she was establishing her songs in such fort, along came her most notable Jazz album Mingus, a collaboration from the bassist Charles Mingus. The rare quirkiness that Mitchell shows from this song is extremely rich.

At this point, Mitchell wants to incorporate jazz into her songs, the result? The Hissing of Summer Lawns. “Edith and the Kingpin” is a moment of substantial metropolitan darkness that you can metaphorically see and feel while listening.

Ladies of the Canyon had produced several smashing hits from the singer, but no one could also forget how she handled her other least popular songs. “For Free” is the right example that just because you’re not popular, that automatically means you’re not the best.

Who hasn’t forgotten the iconic festival that largely inspired the title for this song? Ironically, Joni had written the best song to describe the festival even without her actually performing at the festival due to schedule conflicts. And that screams genius.

Blue is perhaps Mitchell’s most powerful album, and a lot of critics can be up to that assumption. “Little Green” is the epitome of gloomy moments backed up with startling imagery that only Mitchell can give.

If you try to decipher what is Joni Mitchell’s most lovable love song of all time, “A Case of You” will be the answer. Its simple instrumentation features James Taylor in guitar and arguably more important is the love-drunk melody it provides, making it so easy to determine that is indeed her love song.

Joni Mitchell’s “Big, Yellow Taxi” is a timeless classic that defined her as a star. From its instrumentation down to its well-written lyrics, she showed the world what it’s like to be a person of full potential, and how marvelous she could be as time goes by.