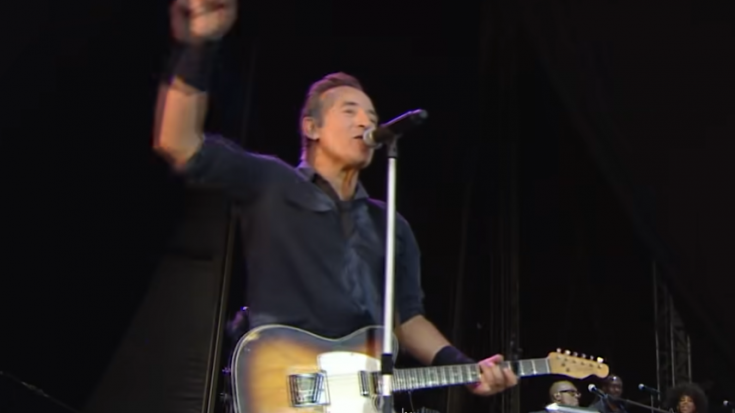 Bruce Springsteen’s new album, Letter To You, had its songs written using an unlikely instrument. Most people would expect the Boss to have high-end or custom gear, but for this record, he opted for an acoustic guitar given by a fan.

He received the gift in one of his Springsteen on Broadway performances. “I said, ‘Geez, you know, thanks,’. And I just took a quick glance at it and it looked like a nice guitar, so I jumped in the car with it,” he said in a recent interview with Rolling Stone.

Just some time after receiving the guitar, Springsteen was on his way to North Carolina to visit an old friend, George Theiss, who was in his last few days after a long battle with lung cancer. They had been bandmates in Springsteen’s early days in the Castiles. On his way home, Springsteen’s mind was consumed with thoughts of death as he’d already lost E Street members Danny Federici and Clarence Clemons. This became a point of inspiration for him in April 2019 when he decided to pick up the guitar and write songs.

The band backed Springsteen up for Letter To You just like what they did on early releases. “We finally made it back to the band sensibility where Bruce is comfortable trusting the band again, thinking like a band member again,” said guitarist Steven Van Zandt.

In the album’s press release, Springsteen said, “I love the emotional nature of Letter to You. And I love the sound of the E Street Band playing completely live in the studio, in a way we’ve never done before, and with no overdubs. We made the album in only five days, and it turned out to be one of the greatest recording experiences I’ve ever had.”

Letter To You is Springsteen’s 20th record and will be out on October 23.