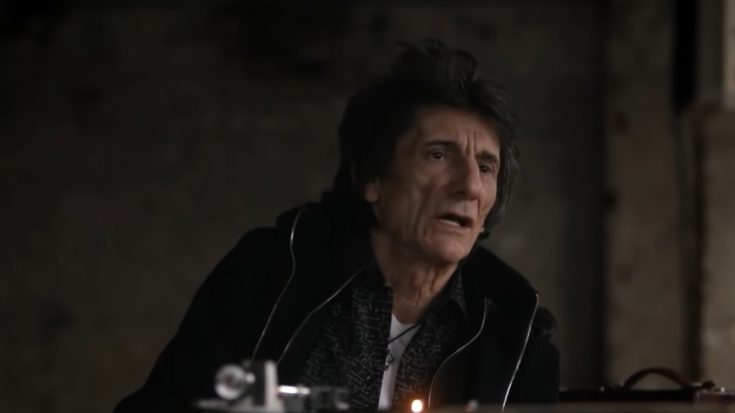 Ronnie Wood for his documentary, Somebody Up There Likes Me - Eagle Rock / Youtube

Stones veteran Ronnie Wood shares in a new clip from the documentary, Somebody Up There Likes Me, how he successfully gave up drinking and drugs.

Wood had several attempts over the years and was successful in living clean by 2009. He discusses that he understands the difference between the attempt that led to his success versus the other ones. Wood said, “I thought I’d better change. Change my way of thinking. Nothing was working … dope-wise. The coke wasn’t working. The drink wasn’t working. I’d try one more just to see if I could cut through it, and I’d turn into this sour person … and I thought, ‘This is not me.’”

“I took the ‘brave move’ again – but this time for myself – to abstain and try and clean up my act,” he added.

The clip has two of his Rolling Stones bandmates talk about Wood’s success in his redemption journey. Mick Jagger said, “It’s really hard to do, but he knew he wanted to do it … if you don’t want to do it, it’s really impossible.” Keith Richards, who gave Wood a hard time in 2009, said, “Ronnie’s just built like that. He’s kind of like me — I’ve broken every bone in my body. He has a great immune system … in fact, he’s very like me, with a great pain threshold.”

The film’s producers said in a statement: “A man still at the cutting edge in his [70s], the film tells the story from his humble beginnings in north London, where his older brothers shaped the musical powerhouse he would become, to the unique career that has not only spanned over 50 years (so far) but also traversed some of the most influential musicians the world has ever known. Ronnie guides us on a journey through his life – painting and performing, accompanied by the friends, musicians and artists who have been part of his life over the years.”

Ronnie Wood: Somebody Up There Likes Me is already streaming and will be available in home video formats by October 9th.