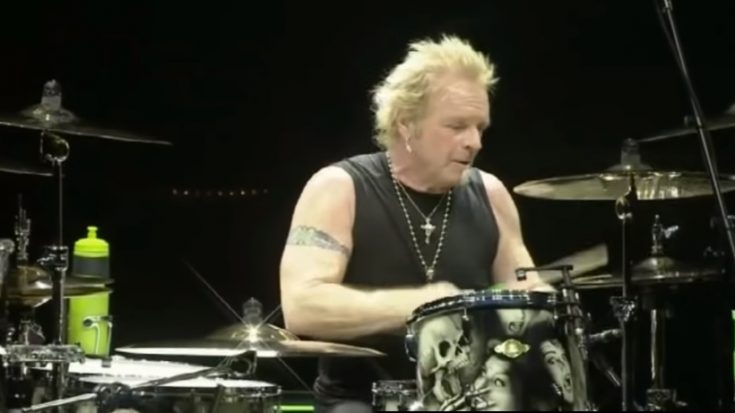 While fans are excited for Aerosmith’s month-long gig at Vegas’ Park Theater, something has come up recently. Joey Kramer, Aerosmith’s prized drummer, was missing from their April 23 show, with his drum tech John Douglas taking his place for that evening’s performance.

Yes, John Douglas played all the show. That's why I'm asking what happened with JK or if he is ok…😯 pic.twitter.com/rRJH5uC8Gj

This caught fans by surprise as there was no initial statement from the band of Kramer’s whereabouts. Fans have been speculating about an alleged rift between frontman Steven Tyler and Kramer during one of their sets. Others concluded about Kramer’s recurring heart conditions. Fans were in the dark on this one, until some news of his condition was released through a third party.

Resident Las Vegas Review-Journal columnist John Katsilometes served as the voice for the band and the management, when he tweeted about the official statement from Aerosmith’s management themselves. Katsilometes tweeted on April 26th, “From @Aerosmith management: “@joeykramer had a minor accident and is totally fine, but he hurt his shoulder in the process so he won’t be playing tomorrow.” Tomorrow meaning Friday @ParkTheaterLV. No other information at this time.”

The Friday show will conclude the first set of Aerosmith’s Deuces Are Wild Las Vegas residency for this week, and will later return on June and July, and for the last quarter of the year as well.

Giles Martin has been hired by Aerosmith to produce the Las Vegas stint for them. He is known for being the brains behind “The Beatles’ Love” soundscape work of theatrical giant Cirque Du Soleil. The Deuces Are Wild series has been described as “one of the most immersive, state-of-the art audio and video technology experiences in Las Vegas.“

From @Aerosmith management: “@joeykramer had a minor accident and is totally fine, but he hurt his shoulder in the process so he won’t be playing tomorrow.” Tomorrow meaning Friday @ParkTheaterLV. No other information at this time.