The Resurgence Of Classic Rock Through Motley Crue’s The Dirt 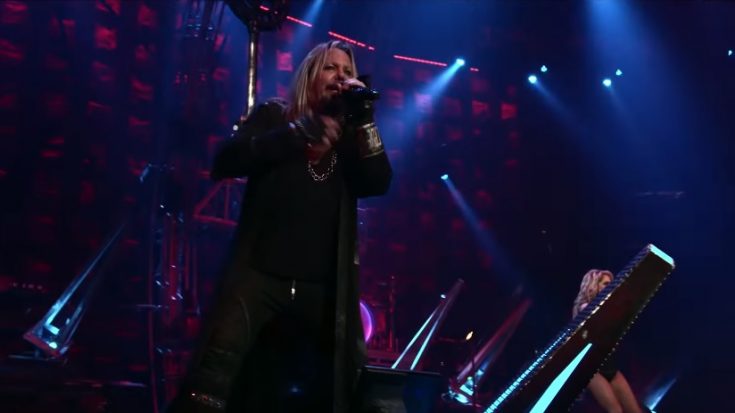 Motley Crue apparently didn’t anticipate the influx of a new generation of fans following their controversial biopic, The Dirt. The band was impressed with the amount of  sales and streaming figures brought on by the fans’ reception of the film.

As they say, the numbers don’t lie. According to the stats gathered since the March 22nd release of the film and its accompanying soundtrack album, the age bracket of fans who streamed their new material was that of a younger set. Over the average of 28 days, 64% of the Spotify streams were that of the ages 18 and 34.

‘If we wanna knock people on their asses then we gotta give them a show!’ #TheDirt Streaming now on @netflix #MötleyCrüe

Motley Crue saw new success with the film’s soundtrack album as well, as it placed at the US Top 10 since 2008, as well as debuting at the 10th place on the Billboard 200. Much of it was attributed to the album’s title track, “The Dirt (Est. 1981)”, where they collaborated with rapper Machine Gun Kelly, who also played Tommy Lee in the biopic.

“We knew the Motley Crue fans, who had made ‘The Dirt’ book a New York Times Bestseller, would be keen to see the movie after hearing it was coming for the past 15 years, but we weren’t expecting the new younger audience’s reaction to the movie and the music,” Motley Crue drummer Tommy Lee says.

The band has also experienced a rapid and growing Google presence as Google searches for Motley Crue increased 43 times the normal, and their sales by 20 times over. These sales are spread over to the albums The Dirt, Dr. Feelgood from 1989, Too Fast For Love from 1981, and 1998’s Greatest Hit’s, topping iTunes charts since the film’s release.

“We are seeing a reaction nearly identical to Spotify streaming demographic numbers with our partners at Apple, Deezer, and Amazon. The movie is bringing Motley’s music into the homes, university dorms, and handheld devices of the streaming generation, some of which only knew Motley Crue as a cool t-shirt,” Crue’s manager Allen Kovac proudly proclaims.

“With Pete Davidson, Machine Gun Kelly, and Iwan Rheon from Game of Thrones starring in the film, people are discovering Motley and then going on to buy the vinyl or stream their music,“ Kovac continues, “We are already on a new reprint of The Dirt soundtrack vinyl, as we sold out across Europe.”