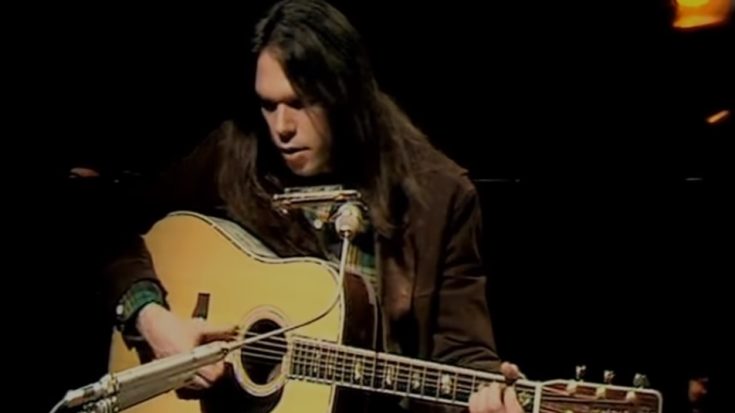 Neil Young has been an integral part of folk-rock and its development throughout the years, singlehandedly made his career out of authenticity and defiance to the norm. Young’s musical formula is more than just a singular movement, as he definitely owned whatever undertaking he involved himself in. This was also true for his personal life, which experienced highs and lows all the same. Here are some facts that the iconic rocker established over his lengthy career.

During a house party held by Beach Boys’ Dennis Wilson, Neil Young found himself conversing with the infamous Charles Manson, who was then an aspiring singer-songwriter. He recalls that Manson picking up his guitar to dish out a “Dylanesque” playing style which caught most of the partygoers by surprise. He even went as far as using his stature to get Reprise Records to meet with Manson in hopes of securing a record deal.

CSN didn’t really have Neil Young as their prime choice of a fourth member. Steve Winwood was offered the spot but declined it due to his commitment with the newly-formed supergroup Blind Faith.

Young is known for his taste for hearses, but he gave it up for a more functional yet equally-weird Pocahontas, a customized 1973 tour bus with wooden wings by the sides and Studebaker & Hudson car roofs installed. Unfortunately, it caught fire and burned to the ground. Young had its remains transported back to Broken Arrow Ranch to have it buried in a eucalyptus grove.

Man on The Moon

Young has alluded to the moon in over 30 songs or so and even said: “Before there was organized religion, there was the moon. The Indians knew about the moon. Pagans followed the moon. I’ve followed it for as long as I can remember, and that’s just my religion.”

Goodies On the Way

Young has announced his plans to release a large trove of previously unheard albums and records for 2020 to cement a lasting legacy, but no actual dates or details have been revealed.