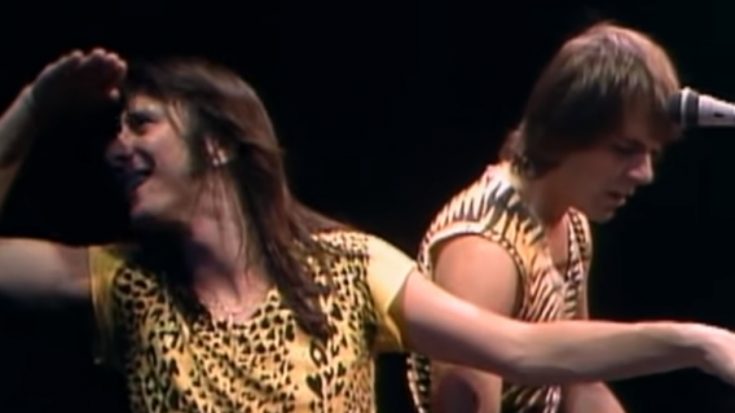 Arena rock was never the same when Journey spread its wings out and took flight, especially with their powerhouse years thanks to Steve Perry’s frontman efforts. And while the band has seen its fair share of rocky moments, they still rose up to the occasion and are currently active in the scene with a mix of the old and new in their lineup. With that, here are some Journey facts that might’ve gone over your head or missed.

A Bit of The Best

Journey was composed of members from Santana and Frumious Bandersnatch. Originally called the Golden Gate Rhythm Section, the band was supposed to be a backup group for a lineup of established Bay Area Artists.

Only guitarist Neal Schon is the only original member to have played on all of the band’s 14 studio albums. From 1975’s self-titled cut Journey to 2011’s Eclipse, the guitarist has contributed his parts satisfactorily.

Micheal Jackson’s Moonwalker video game was a big hit, but Journey did it first with Journey:Escape.

The game’s instructions read: “A spectacular performance has just ended. Now it’s up to you to guide each Journey band member past hordes of love-crazed groupies, sneaky photographers, and shifty-eyed promoters to the safety of the Journey Escape Vehicle in time to make the next concert. Your mighty manager and loyal roadies are there to help, but the ESCAPE is up to you!”

From their aforementioned name, the band was in a search for a new one and wanted people to pitch in ideas. Radio station K-SAN held a naming contest for the listener who could come up with the best name, where the winner would win free ticket concerts for life. The suggestions were so bad that they settled on the name Journey themselves, and created a fictional winner Toby Pratt for the sake of the event. Turns out, there was a local man named Toby Pratt who claimed the prize. Gregg Rollie recalls, “I think we ended up having to give him something. The whole thing kind of backfired.”

The new lead singer Arnel Pineda was discovered from a Youtube video where he and his band The Zoo covered a Journey song. Neal Schon did extensive research on Pineda and eventually got to contact him. Pineda thought he was being pranked when Schon personally contacted him but landed the job six weeks later.