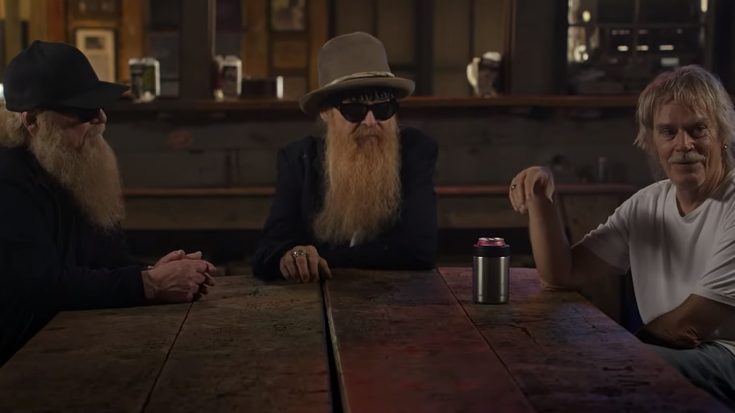 ZZ Top in the trailer for their documentary, That Little Ol' Band From Texas - Eagle Rock / Youtube

Beard said that he never had the purchasing power to be a drug addict before he joined the band, that’s why he blew his first earnings on LSD and heroin back in 1977. “I spent it on drugs – every bit of it. I injected LSD and, boy, I liked it… and then the pills thing came about just from the workload (on tour), and the heroin thing came about because I just liked it… It’s great… It’s a vacation for the mind,” he revealed in the new ZZ Top documentary, ZZ Top: That Little Ol’ Band From Texas.

The now-sober drummer also poked fun at another recovering substance abuser, Eric Clapton, in the documentary, which is set for release on the 28th of February in DVD and Bluray. “Clapton only snorted heroin, which is not cost-efficient. You have to do, like, five times as much to get the same buzz – but he was making more money,” he joked around.

He also admitted that he was high when he auditioned for founder Billy Gibbons, saying, “I was jacked up on speed, so I made him jam for about eight hours until his tongue just about fell out.” When he and Dusty Hill acquainted, the trio played the same song for three long hours. “I said, ‘Let’s play Shuffle in C… and see how it goes. It lasted for three solid, uninterrupted hours. At the end, we pulled it to the curb and I said, ‘You know, I think this is gonna work!’” Gibbons recalled.

Gibbons said that he had no idea that Beard was high on speed at that time, noting that: “He just played fiercely; he played with determination.” Beard immediately curbed his ways by checking into a 30-day rehab amidst the aftermath of his drug-fueled craze. “I wanted to be like people I admired that could sit home and watch TV and go to bed and that was OK,” said Beard. Dusty Hill recalls the time when Beard was having a tough time recovering, saying, “Frank goes all out at what he does and that includes the bad. He was sick.”