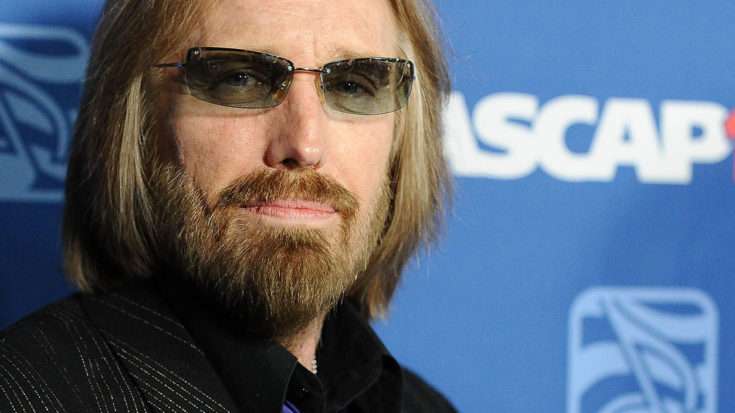 “I’m So Heartbroken And Sad.”

Rock legend Tom Petty’s death last year at the age of 66 left a generation of musicians at a loss, struggling to accept the fact that one of rock’s most loved figures was gone like a thief in the night. As tributes poured in from every corner of the musical spectrum in the days and weeks following Petty’s death, there was one musician who held tight to his own precious memories of Tom Petty; country star and vocal powerhouse Chris Stapleton, who’d only recently had the tremendous honor of performing with Tom Petty and the Heartbreakers, joining the band for three Midwest shows over the summer.

A lifelong fan who cites Heartbreakers guitarist Mike Campbell as his favorite guitar player of all time, Stapleton’s dreams of one day rocking with Tom Petty and the Heartbreakers came to fruition and proved to be an overwhelming success, leaving both fans and each other itching for a chance to do it again sometime soon.

Sadly, that would never be: Petty would be gone just weeks later, leaving Stapleton to think long and hard about the legend’s last words to him.

“I got to spend a few minutes with Tom, talking, and the last thing he said to me was, ‘I hope we get to do more of this,’” says Stapleton. “I left there thinking that we would get to do more of it, and I’m so heartbroken and sad that he’s no longer with us.”

For these two powerhouses to unite for their three shows together was an amazing feat in and of itself, one that Stapleton says was talked about for upwards of two years before it actually happened. When they finally got the green light and his dream became reality, Stapleton thought it was “just some kind of running booking-agent joke.”

As hard as it is to know that that was the only time he’d ever have with one of his heroes, Chris Stapleton wouldn’t change a single thing.

“I would not trade anything for those shows, and that brief moment I got to speak with Tom. It was a highlight of the year for me.”