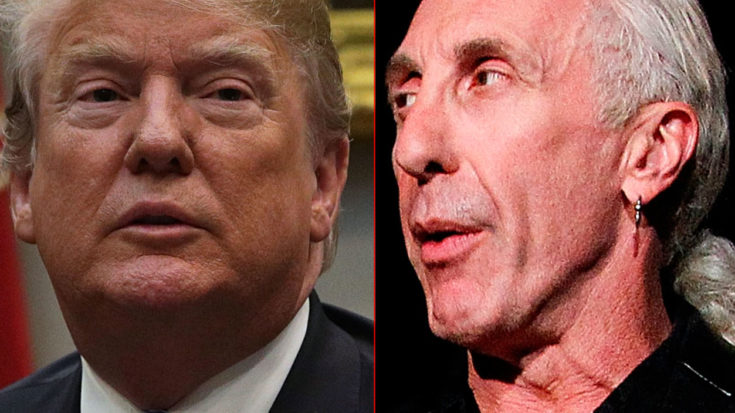 Whether it’s through a fight or simply divergent paths taking you both in different directions, saying goodbye to a friend is never an easy thing – but what about when that friend is also the President of the United States? Twisted Sister frontman Dee Snider is in for a rough time as he revealed over the weekend that he no longer considers President Donald Trump a friend, effectively ending a 5-year friendship that stretches back to Snider’s three-season stint on Trump’s Celebrity Apprentice with four words:

Trump and Snider met in 2011 when Snider appeared on Celebrity Apprentice for three seasons and became fast friends. Though they’ve always differed when it comes to political beliefs – Snider leans more left while Trump towards the right – that never seemed to get in the way of the pair’s friendship until Snider felt that Trump’s more controversial viewpoints were just too much.

He then went on to elaborate, expressing exactly what it was that prompted him to end the friendship: immigration.

“The United States is a country of immigrants,” he said. “Everybody there, except Native Americans, everybody is an immigrant. My family is immigrants. We’ve always welcomed immigrants and we should continue to welcome immigrants.

So, a wall? Crazy. To say no to immigration? Crazy. This has made our country strong – all these people from all over the world have made the United States one of the strongest countries in the world. We can’t stop bringing people in now.”

The President has yet to comment on the apparent end of his friendship with Dee Snider or even indicate that he’s aware of it, but something tells us that he’s really, really not going to like it.