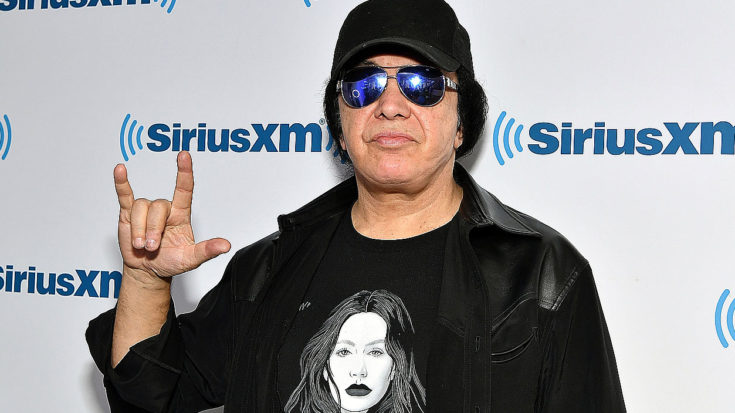 It’s certainly no secret that KISS’ rise to fame and glory has been a rocky road. Throughout the years KISS has had a great many lineup changes. Some were due to mutual agreements, the others by decision of Gene Simmons and Paul Stanley. In some cases, lawsuits against the two arise upon being fired. Needless to say, it can be a messy affair, and history has shown that it has been just that.

One such member that holds significance for this very reason is former guitarist Vinnie Vincent. Vinnie joined KISS back in 1982 as the Ankh Warrior, but was released two years later due to conflict with Gene and Paul. This resulted in Vinnie suing the two for royalties. This lawsuit was unsuccessful.

Many years have passed since this, but Gene Simmons was recently asked about the possibility of working with Vinnie again in an interview with The Aquarian. Here is what he had to say.

“He’s a very talented guy. Everybody’s got his or her troubles in life. You can’t fix everything. I’m a big supporter of his talent – you know, go with God, enjoy life, be happy. But I don’t need more dark clouds over my life.”

When asked about his current band members. “Eric and Tommy have been with us for a very long time, and it’s professional to the highest degree. Everybody is happy to be together. Everybody shows up on time – there’s no, ‘the dog ate my homework.’ None of that crap.”

“When you use drugs and alcohol and other bulls— things, it’s everybody else’s fault. You’re always the victim. You never take charge of your situation – and I’m sick of it. I don’t tolerate any of that. I won’t have any of those losers around in my life.”

These are certainly harsh words from Gene, so as it stands, we shouldn’t be expecting a unifying of Gene and Vinnie anytime soon, but who knows what the future holds? Stranger things have happened in the world of rock and roll!