Even After Walter Becker’s Death, His Estate Is Now Facing Some Harsh Legal Trouble… 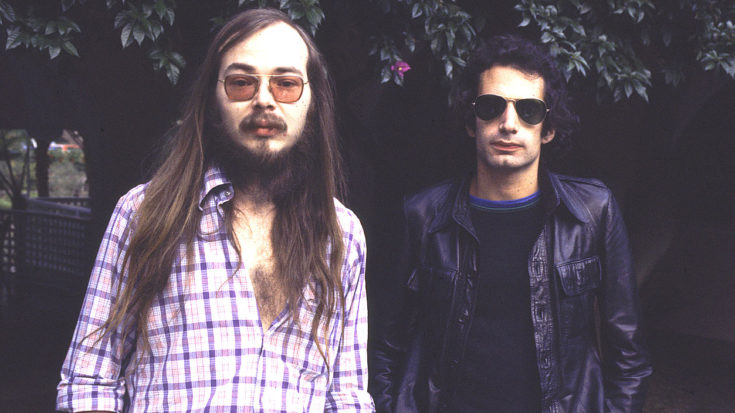 This past September, the rock & roll community was deeply saddened to learn of the passing of legendary guitarist and Steely Dan co-founder Walter Becker. It goes without saying that Walter was, is, and always will be a pillar to the music community. He was one of the best, pure and simple.

Unfortunately for the Walter Becker estate, Donald Fagen, the other co-founder of Steely Dan, has filed a lawsuit against the estate for ownership of the band and the official band website. Apparently, just days after his death, Walter’s widow sent a letter to Donald warning him that she was intending to acquire 50% ownership of the band as well as full ownership of the website. According to Donald, in 1972 each member of Steely Dan reached an agreement that if any member of the band were to resign or pass away, any other remaining member can then purchase the deceased and/or resigned member(s)’ share.

The estate has responded to the lawsuit in a lengthy statement given to Rolling Stone Magazine.

“We were disappointed to learn that Donald Fagen commenced a lawsuit against (the estate of) Walter Becker, his partner of 50 years, on the eve of Thanksgiving. We believe the agreement to which Mr. Fagen refers in his suit — drafted 45 years ago— was not in effect at the time of Walter’s death.

“Mr. Fagen’s lawsuit, riddled with half-truths and omissions, misleadingly fails to state that the day after Walter died, Mr. Fagen had his lawyer send a demand letter to Walter’s estate, thus beginning a legal campaign against Walter’s family immediately after his death. The misrepresentation that his widow, Ms. Cioffi initiated any litigious action is simply untrue. In our view, Mr. Fagen is unfairly trying to deprive Walter’s family of the fruits of their joint labors.

“Since Walter’s passing, we have endeavored to achieve a compromise with Mr. Fagen. We were close to a resolution with his longtime counsel who he suddenly fired. We then negotiated in good faith with replacement counsel who Mr. Fagen also fired. Mr. Fagen’s third and current lawyer did not even attempt to contact us prior to filing a lawsuit.

“While we regret Mr. Fagen’s latest actions, we will vigorously defend against his unwarranted and frivolous case.”

Time will tell how this lawsuit proceeds. As you may know, there are hardly any legal disputes that reach a pleasant conclusion. We wish both parties the best as they proceed with this ugly battle.