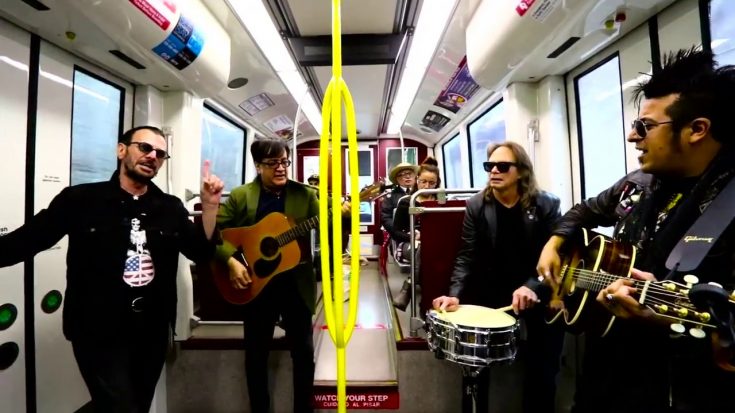 With his looks and his style of expression, you would’ve thought first that this guy might’ve been the fourth Beatle at a first glance. Introducing Ringer Starr and the Falling Doves.

In 2018 a singer named Mike Callahan and his group the Falling Doves were seen performing a Beatles song entitled “With A Little Help From My Friends”. Callahan, who looks and dresses just the same as Ringo Starr, is singing the lead vocals. At a first look, you might notice how close he guises with Starr’s appearance, and the only thing that separated them from each other was their respective voices. In all generosity, he could pass as Starr’s body double.

The performance was quite good, and the people inside the transit were happily enjoying the sing-along performance.