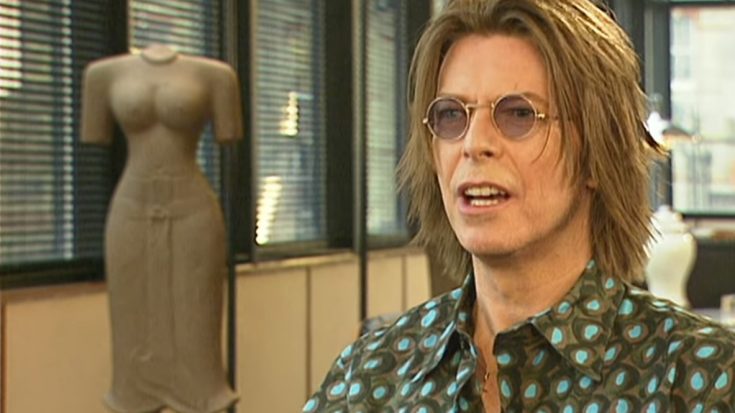 Despite being two of the greatest musicians out there, Bob Dylan and David Bowie never considered each other friends. Despite this, Bowie still highly idolized the freewheelin’ troubadour, and even went on to write two songs about him.

Bowie’s landmark album, Hunky Dory, featured the first Dylan-related song he recorded before ever meeting the man. The title of the tune is simply entitled, “Song for Bob Dylan.”

In a 1976 interview with Melody Maker, Bowie discussed the song and its meaning, revealing that he had written it about his desire to dethrone Dylan as King in music. “There’s even a song – ‘Song for Bob Dylan’ – that laid out what I wanted to do in rock,” Bowie explained. “It was at that period that I said, ‘okay [Dylan] if you don’t want to do it, I will.’ I saw that leadership void.”

Bowie also revealed the real status of their friendship between him and the folk-rock singer, whom he first met in New York. “I saw Dylan in New York seven, eight months ago,” he said. “We don’t have a lot to talk about. We’re not great friends. Actually, I think he hates me. We went back to somebody’s house after some gig at a club. We had all gone to see someone. I can’t remember who, and Dylan was there.”

Another song of his that he dedicated to Dylan came from his album, The Next Day. The song in question is “(You Will) Set the World On Fire,” in which he sings: “Kennedy would kill, For the lines that you’ve written, Van Ronk says to Bobby, ‘She’s the next real thing.’”

Although they were never very close, Bowie effectively utilized Dylan’s charisma and mystique as inspiration for him to write several underrated gems in his albums. That alone is mere proof of how much Bowie looks up to Dylan as an inspiration that comes to him.