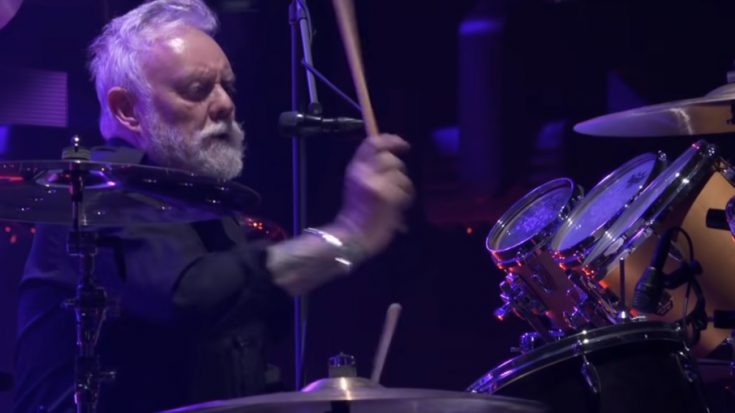 Genesis has endured several lineup changes throughout their career, especially with their drummers. At one point, Genesis even deliberated if they could make an offer to Queen’s drummer, Roger Taylor.

Chris Stewart, the band’s original drummer and founding member, left Genesis and they went on for a period with John Silver. John Mayhew joined the band later and helped out on the Trespass album. After his departure, however, the band members began looking for a replacement drummer, and they pondered making an offer to Roger Taylor while brainstorming some other options.

However, fate didn’t have its chance since Taylor wasn’t a fan of the band’s sound. In a 2021 interview with Louder Sound, Taylor revealed how he was invited to the band’s studio to come and listen to their songs. To mark their acquaintances, they spent some time at a pub, but the chemistry between them just wasn’t there.

“Well, they invited me to the studio to listen to them, then we went to the pub,” Roger explained. “They didn’t say: ‘Do you want to join the group?’ But I get the impression that’s what they wanted because their drummer had left. They’re all lovely people, but I didn’t really get the music, to be honest. It was a bit too prog for me.”

On the flip side, Taylor continued with his band Queen and released some of the greatest songs of all time.