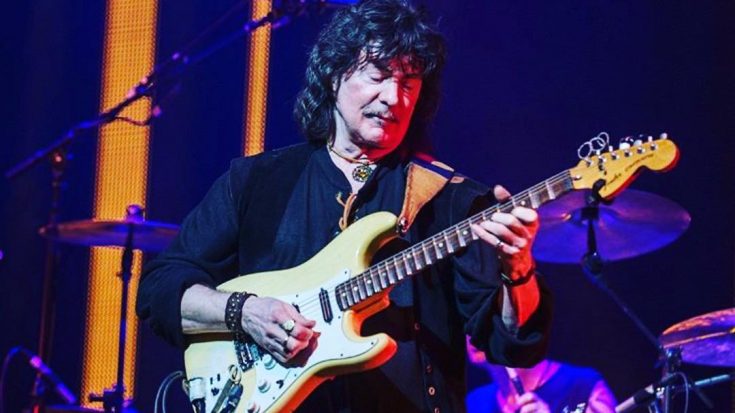 Being one of the greatest rockers of all time, Richie Blackmore has earned quite a reputation in the annals of music history. But like most others, Blackmore had to start somewhere and had a few rock heroes to look up to, one of those being the freewheelin’ troubadour, Bob Dylan.

Blackmore expressed his admiration for Bob Dylan’s songwriting ability in one of his interviews. He adored Dylan and his power to produce a string of songs that stirred the soul and earned the latter a level of admiration.

“I have been in the business for so long, he’s the one that I still feel remains mysterious,” Blackmore said. “There is something about him that I think is truly monumental, and he is so creative. When you think about all the songs that he has written, you know, ‘Mr. Tambourine Man, ‘Blowing in the Wind’, it’s endless. So, I’m a big fan of his.”

Similarly, another moment of appreciation happened in 2019 when Blackmore was asked why he considered Bob Dylan as his ultimate hero, along with Billy Joel. “I’ve done more shows at the Budokan [Japan] than any person other than Bob Dylan. He is up and coming, my hero. I have two heroes over here [United States], one is Billy Joel, one is Bob Dylan.”

There may have been others inside Ritchie Blackmore’s favorites list, but there’s no one as equally important and appreciated as Bob Dylan.