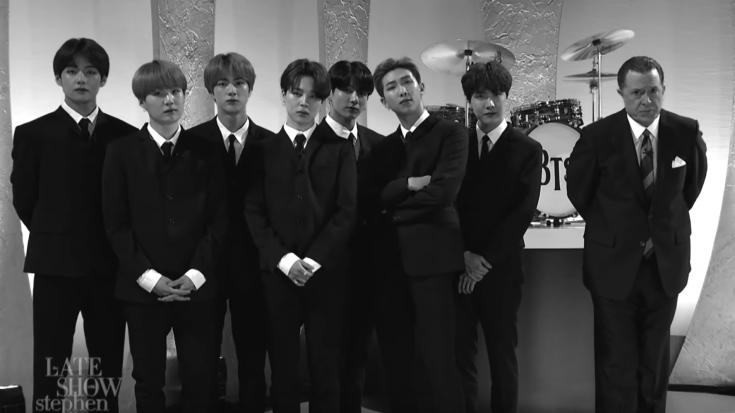 If you’ve been keeping up with mainstream, you’ll have heard or at least seen this Korean pop band named BTS. It’s unreal how famous these guys have gotten this last year. Even when performing to American crowds who pretty much have no idea what they’re saying, you’ll hear the audience sing lyrics to their songs. ‘BTS’ and the Late Night Show With Stephen Colbert put on a retro act just like when the Beatles first performed on the Ed Sullivan show. In this clip you can seem them in Beatles form, performing their hit song “Boy In Luv”. To be honest, they are entertaining as hell to watch.