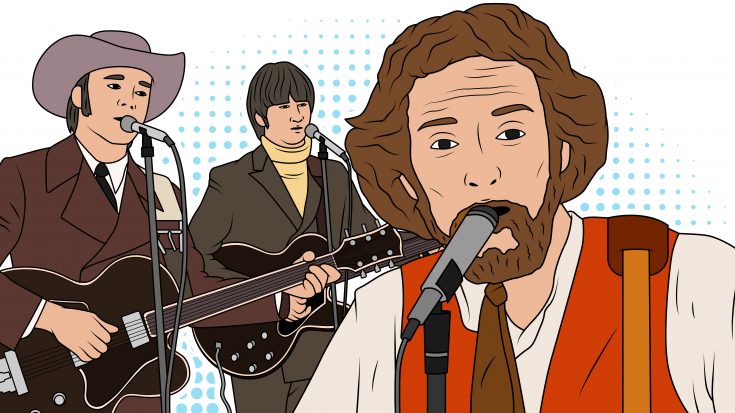 One of the earliest variations of classic rock came in the form of folk rock. It became prevalent in the 60’s when bands and artists of folk music started to incorporate elements of rock such as electric instruments and relatively aggressive drum styles. While folk rock hasn’t really progressed in terms of popularity in today’s modern setting, one cannot dispute the influence the genre and its artists have provided over the years. Let’s take a look back at the greatest folk rock acts to ever exist.

The American folk rock tandem go a long way back, where Paul Simon and Art Garfunkel first got together during their elementary days in 1953. With this early start, the duo was able to effectively practice their vocal harmonics and strengthen their songwriting skills. The duo first surfaced as Tom and Jerry in 1957, and then revived the group in 1963 due to the public’s growing interest in folk rock. The band failed to take off on their debut, however, but gained traction with their second album. They are best known for the hits like “The Sound Of Silence” and “Bridge Over Troubled Water“.

The Mamas and The Papas

This folk rock vocal group was pioneered by husband and wife tandem John and Michelle Phillips, with the addition of iconic vocalist Cass Elliot, and  Denny Doherty. The Mamas and The Papas played a big part in the 60’s musical aspect of the counter-culture movement. Though the group’s career was brief, which spanned for about four years, they managed to produce five studio albums and 17 singles. They are best known for their singles “California Dreamin’” and “Monday, Monday“, among others. The group eventually split, with Cass Elliot pursuing a blossoming solo career.

Buffalo Springfield served as a stepping stone for members like Neil Young, Stephen Stills, and Richie Furay. Although their time in the music scene was short, the band churned out hits like “Nowadays Clancy Can’t Even Sing” and “For What It’s Worth“. The band almost didn’t come to be after Young’s seemingly endless search for Stephen Stills to complete the lineup. Call it chance or fate, but the two luckily met on the road, even though their rides were headed different ways. Stills eventually switched lanes and followed Young’s Pontiac hearse. The rest is history.

The American rock band formed in 1965, was one of the few groups who managed to squeeze a cornucopia of musical styles into their signature sound. Sourcing from folk, blues, space rock, and psychedelia, among others, The Grateful Dead offered music that other bands were afraid to touch, or were totally oblivious to. The band is mostly known for their experimental approach to their music, especially in live performances, where the band would play impromptu sets, as they felt it was a more natural way to express. Workingman’s Dead and American Beauty became the band’s shot at success, which spanned a flourishing 30 years in the business. The band disbanded upon vocalist/guitarist Jerry Garcia’s death in 1995. Since then, the band has been under several revived configurations like Dead and Company, with John Mayer as the most notable addition.

Jethro Tull left a mark with their progressive sound, by taking inspiration from the influential sub-genres of folk and hard rock. Known for their unique use of flutes, via vocalist Ian Anderson, the band produced massive hits such as “A Song For Jeffrey“, “Locomotive Breath“, and “Aqualung”, among others. With multiple genre changes, and dominating each time they did, it isn’t hard to see how Jethro Tull sold 60 million album units worldwide, becoming one of the most successful progressive/folk rock bands of their time.

A British folk rock band formed in 1969, Steeleye Span is one of the most successful and esteemed pioneers of the British Folk Revival. Best known for their works such as “All Around Hat” and “Gaudete“, Steeleye Span immediately became a crowd favorite, with their heavily folk-inspired sound, that was accentuated with the use of electric guitars, became a hallmark in the band’s repertoire of material. The band also delved in folk  instrumentals that were dedicated as folk dance music.

Dubbed as the British “Jefferson Airplane”, Fairport Convention started out as a Dylan cover band, which then heavily adapted a folk rock sound from American influences. One of the band’s claim to fame was a rendition of an English folk song “A Sailor’s Life“, which they recorded with a rock beat that revolutionized the genre. Though the band underwent a lot of roster changes, they stuck to the proven folk rock formula until the death of drummer Martin Lamble, where the band set aside their recent material and went back to their pure folk roots.

One of the most iconic folk rock groups, or supergroup for that matter, CSNY became known for their intricate folksy vocal harmonies. With members from the Byrds, Buffalo Springfields, and the Hollies, the four members were adept masters at their individual crafts. CSNY’s material were also riddled with political commentary, especially during the relevance of the Vietnam war. They also became the face of the Woodstock/Hippie crowd, after the disbandment of The Beatles and Dylan’s low-profile during the early seventies. The band paved the way for many Californian artists and bands, aiding their careers with the publicity boost the supergroup offered.

The British folk rock act took inspiration from jazz and blues, although bassist Danny Thompson preferred them to be referred to as folk-jazz, as folk music already had an attributed rhythm to it, and a rock tempo percussion would only ruin the mix. Despite of musings about genre formality, Pentangle essentially helped British folk rock to gain traction, with their fresh folk/jazz/blues concoctions that was considered ahead of their time. By the end of their career however, the band veered towards traditional folk music, as opposed to the growing popularity of folk rock.

Considered as the progenitor of folk rock, The Byrds started out covering Bob Dylan songs, which gained popularity due to the band’s signature sound clarity, especially the way they approached vocal harmonics, and the signature Rickenbacker 12-string jangle of Roger McGuinn. They are most known for their own rendition of Mr. Tambourine Man, which was so successful, they managed to urge Dylan to try electric instruments. One of the key charms of The Byrds was their style adaptability, seamlessly moving from folk, to country, to raga rock, which was a rewarding experience for fans waiting for the band’s new material. Individual members eventually branched out to their own ventures, solo or band projects which were also successful in their own rights.