Marvel At David Gilmour’s Guitars That Are On Sale 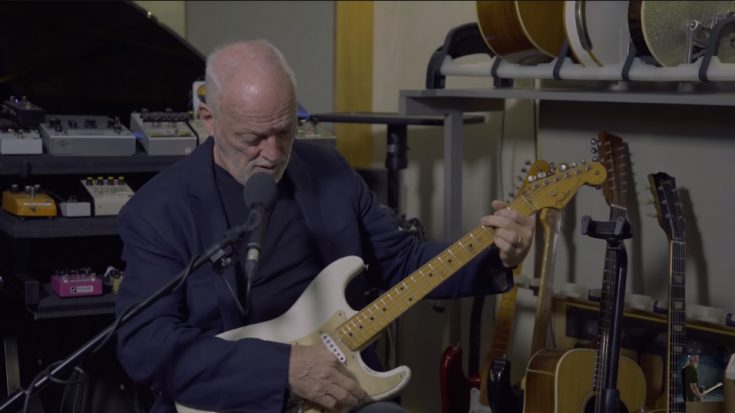 While others may argue that it’s not the sword, or axe for this matter, but the wielder and how he uses it, an esteemed guitarist such as David Gilmour could always use an extra set of instruments. Gilmour has amassed a number of axes over the duration of his career, and is auctioning off around 120 of them on the 20th of June.

Gilmour has entrusted the exhibition venue Christie’s at Los Angeles to curate his collection, with some of the included instruments regarded as relics by Pink Floyd and Gilmour fans. The prized Black Strat, a 1969 Fender Stratocaster he used as a primary during Pink Floyd’s recording sessions from the early 70’s to the 80’s is the most notable from the collection. His candy red finished Strat that he used from 1988 to 2005, and a 1954 white Strat possessing the serial number 0001, with gold parts that Leo Fender gave.

A 1954 sunburst finish Strat and a 1957 blue one also made an appearance, which has been rumored to have been custom-made for Homer Haynes of the country tandem Homer and Jethro.

Aside from the Fender instruments, a 1955 golden Gibson Les Paul, which Gilmour used on the recording of “Another Brick in the Wall, Part 2“, a 1958 White Penguin from Gretsch, and an iconic 1950’s Broadcaster were also displayed. Acoustic guitars were also included, with a 12-string 1971 Martin D12-28 he used on “Wish You Were Here“, and a 1969 Martin D-35 on display.

Christie’s put a rough estimate on the price of each guitar, with a range from $5,000 to $150,000 as ballpark figures. Gilmour, known for his advocacy for human rights, homelessness, and poverty, says the proceeds will be donated to charity. He said during the announcement of the auction items that sales “will be going to the larger needs of famine relief, homelessness and displacement of people throughout the world. We are going to work on the best way and the best balance of making what this raises do as much good on this planet as it can.”