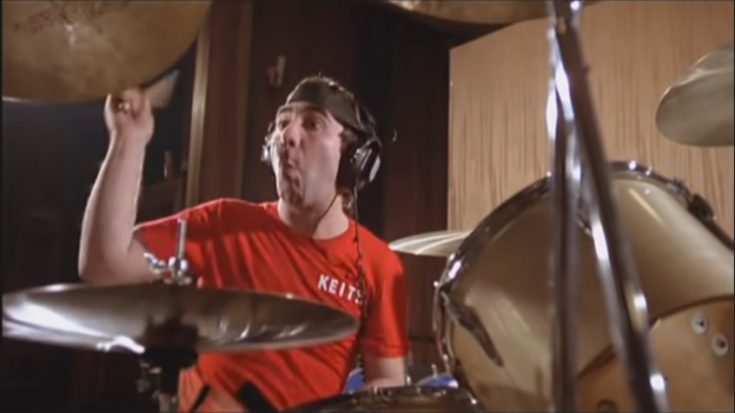 While Keith Moon has proven his worth as a drummer, which was given more importance after he passed away. Of course, his unparalleled partying notoriety and absurd antics have caused people to dub him as Moon the Loon, but as a musician, Moon didn’t leave his craft to abandon.

From driving cars into pools, adding explosives into The Who’s live performances, and a whole lot more, Keith Moon’s ways have overshadowed his accomplishments as a musician. You can’t blame the people for this, however, as bad publicity often gets more attention most of the time.

Moon’s drumming doesn’t follow any convention, as he is as liberated on the kit as he is on any party. Explosive, unpredictable, but fitting, this is probably a good summary of his playing, although it’s probably best to use the drummer’s own words to describe himself: “the world’s best Keith-Moon-type drummer.”

As such, we’re bringing you evidence upfront of Moon’s showmanship in the isolated drum track of The Who’s “Who Are You”. Pete Townshend storms through with his guitar, while John Entwistle provides a thumping backbone for the band to follow. Of course, Roger Daltrey’s vocals are the main dish but Keith Moon wants some of the action with his organically explosive drumming, proving that technicality doesn’t really matter when you’re enjoying the music.