Orianthi Covering “Pride And Joy” In Nashville With Guitar Solo 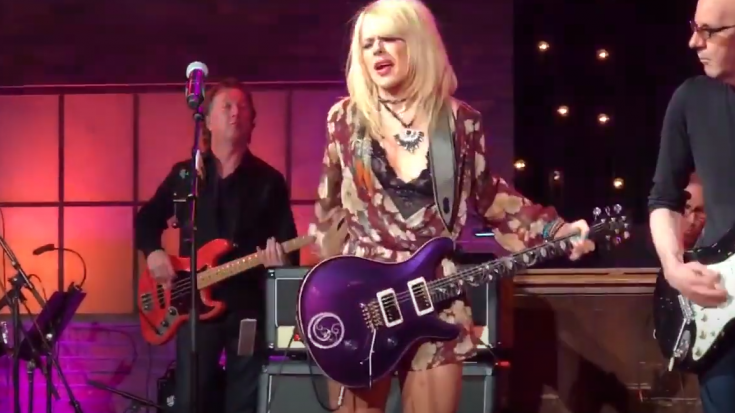 The late bluesman Stevie Ray Vaughan was a huge part of the new blues movement that reignited the interest of the public in the genre. He was assisted by his backing band Double Trouble in this endeavor, debuting in 1983 with the album Texas Flood.

One of the most significant cuts of the record is “Pride And Joy”, a 12-bar blues arrangement in the classic Texas shuffle format. It showcases Vaughan’s strength as a rhythm guitarist, as much as he is praised for his powerful lead playing. In performances, Vaughan tunes his guitar a half step lower from the standard to place it in the key of E flat, while the song is in the key of E itself.

Vaughan’s impressive string utilization technique – alternating between muted chords and fully ringing ones – allows for the maximum number of open strings to be used at once. This particular dynamism is what gives “Pride And Joy” it’s unique rhythmic chug.

The song has already been part of the band’s catalog long before it was given the proper studio treatment, with Double Trouble drummer Chris Layton saying the song was written by Vaughan for a girlfriend at the start of their relationship, noting that he also wrote “I’m Cryin'” after the two fought.

Honoring Stevie Ray Vaughan’s memory is highly-acclaimed guitarist Orianthi, who dished out the track during a Nashville, Tennessee show back in March 2017. Watch her searing rendition of the classic SRV cut on the video below.